Despite a dismal year for solar panel retailers and manufacturers, cadmium telluride solar panels are still the best option when the economic picture begins to brighten. 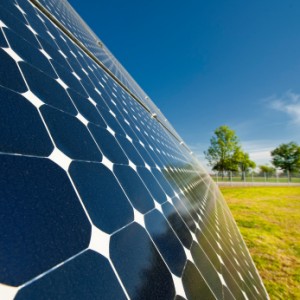 The past year has not been the brightest for solar, but there remains a compelling proposition for renewable energy investors: the energy resource is free and practically unlimited. Now if companies could only figure out the rest.

The instability of European markets has been one the biggest challenges for thin-film, as well as silicon-wafer, solar panel demand as credit from investors, government subsidies, and tax incentives (such as feed-in-tariffs) have been very scarce over the past year. As a result, thin-film manufacturers like First Solar and Abound Solar have cut production and lost revenue, with First Solar’s stock price falling from around US $300 in 2008 to just over $18 at the end of Tuesday’s trading session.

While some investors like experienced short seller Jim Chanos are certain that solar will never prove to be a profitable long-term investment without constant government support, others aren’t as quick to write the industry off. This is especially true in the wake of what appears to be small, but hopeful, steps away from global economic stagnation.

If, and when, solar begins to bounce back, cadmium-telluride panel technology has a number of advantages for producers seeking to build panel arrays that are big, efficient, and powerful.

One key advantage over crystalline wafer cells is CdTe’s ability to be produced quickly and cheaply. Deposited onto glass substrates, CdTe’s faster production rate has allowed solar power to become competitive in numerous electricity markets, including the US, by lowering the price of solar photovoltaic (PV) electricity by an average of US $0.05/kWh. With average residential electricity prices in the US around $0.115, CdTe is able to produce residential solar electricity for about $0.15/kWh in sunnier geographies, making it an increasingly competitive source of electricity.

While current solar electricity prices are still facing tough challenges from coal, natural gas, and hydroelectric sources, it is the rate of falling solar costs that has many people excited, while also causing a lot of turnover across the industry.

CdTe module production costs have dropped from over $2/W in 2004 to $0.84/W in 2010, and First Solar was even lower at $0.75/W in 2011. These rapidly falling costs have been one of solar manufacturers’ recent challenges, as Chinese producers were able to quickly bring higher quantities of solar panels onto the market for much less just five years ago.

And as large, global companies like General Electric (NYSE:GE) build bigger factories, and companies like Abound continue to roll out next-generation CdTe technology, scale and innovation will continue to bring solar prices down and make it an increasingly competitive source of electricity.

As restructuring of companies and industry composition continues across the solar PV space, having the lowest production costs and increasingly scalable technology will help keep CdTe at the leading edge of solar markets. However, some stumbling blocks remain.

One of the biggest challenges for CdTe right now is efficiency. Currently, CdTe cells, like the ones Abound produces, have efficiency in the 10.5 percent range, significantly lower than silicon’s 20 percent efficiency range.

Further, the longevity of these cells appears to be much shorter than that of silicon, with a five percent deterioration rate annually, which makes the ten and 15 year warranties issued by firms on these panels costly to service.

Finally, there is the issue of tellurium supply to satisfy the growing demand for CdTe solar panels. With 2010-era technology, generating one gigawatt (GW) of power required 91 MT of tellurium and $20 million.

Finding sufficient sources of tellurium has become increasingly challenging as its principle means of production, electrolytic copper refining, has slowed in recent years as the quality of copper mined globally has changed. Further, tellurium is still too expensive and exists in quantities too small to be economically mined on its own.

But despite these risks, CdTe’s production costs and continued efficiency gains make it the technology the solar industry will likely rely on in the years leading forward.