EMC Metals certainly looks to have put itself on the fast track. On Tuesday, the specialty metals company released the results of a preliminary economic assessment on its Nyngan scandium project, along with a recommendation that the company proceed directly to a full feasibility study. 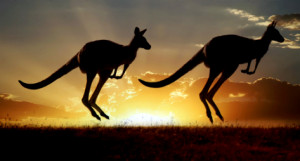 EMC Metals (TSX:EMC) certainly looks to have put itself on the fast track. On Tuesday, the specialty metals company released the results of a preliminary economic assessment (PEA) on its Nyngan scandium project, along with a recommendation that the company proceed directly to a full feasibility study.

Tuesday’s PEA indicates the potential for robust economics, with capital costs estimated at US$77.4 million (including a 20-percent contingency) for a constant-dollar net present value (NPV) of $175 million at a 10-percent discount. The report also anticipates good returns for Nyngan, setting the constant-dollar after-tax internal rate of return (IRR) for the project at 40.6 percent with a 2.5-year payback period. Operating costs are set at $636 per kilogram of scandium oxide, with an anticipated oxide product volume of 35,975 kilograms per year.

The project is slated to have quite a long lifespan as well — Nyngan will have a 20-year project life, but the company also states in Tuesday’s release, “[o]n the basis that the resource is adequate for 45 years at the assumed grade, it is unlikely the Project would be closed in year 20 if current assumptions remain viable.”

On top of that, it’s worth keeping in mind that the PEA hasn’t applied inflation factors to those projected cash flows. Had it done so, the NPV and IRR values for Nyngan would have been even higher, according to EMC.

Doing it the old-fashioned way

EMC CEO George Putnam has certainly been positive on the report, commenting in a statement, “[t]his PEA represents the first public disclosure by EMC of the economics of the Nyngan Project, and we are very happy with both the financial and operational result. The good mineral recovery from HPAL shows the flow sheet to be well chosen, and the modest capital estimate and output reflects an appropriate size project with which to initiate scandium market growth.”

As noted, the PEA for Nyngan recommends that EMC skip the prefeasiblity phase and head right on to a full feasibility study. The company has been advised to conduct a few extra tests to firm up knowledge around the projected process, but overall, things look to be moving along well at Nyngan. Giving a rough estimate of the project timeline, Putnam said he sees EMC as being “on a fast track to complete a feasibility study in 12 months,” with the possibility of being “first to production with an appropriate scale scandium project by Q1 2017.”

Certainly, investors interested in the critical metals space will be keeping an eye out for a feasibility study from EMC next year, and for other additional developments from the Australia scandium project.

Editorial Disclosure: EMC Metals is a client of the Investing News Network. This article is not paid-for content.

×
See our exclusive index of Scandium companies on the move
EXPLORE