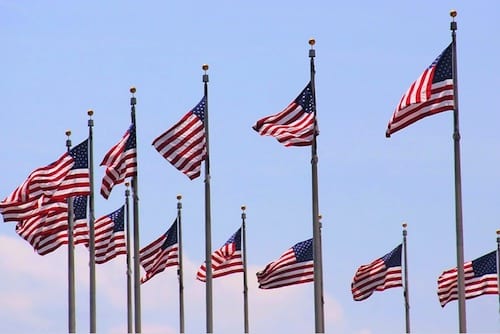 Jim McKenzie of Ucore says the US should avoid putting all its eggs in one basket when it comes to fostering domestic rare earths supply.

The CEO of rare earths exploration and development company Ucore Rare Metals (TSXV:UCU,OTC:UURAF) says the US government should avoid putting all its eggs in one basket when it comes to developing a domestic rare earths supply chain.

Speaking with the Investing News Network (INN), Jim McKenzie said given that the list of viable rare earths companies outside of China is a short one, it is important for the US government to “spread its financing around amongst the few players that are resilient.”

The US Army’s request for submissions originally had a deadline of December 16, but it was extended to December 23 last week.

Rare earths are a critical component in military weapons, from guidance systems in missiles to smart bombs and jet fighters, and the fact that the Chinese currently control the vast majority of production and processing globally has the US government seeking other sources.

“I know that the US is spending a lot of time and energy and finances looking for alternatives, and what we’re emphasizing to the administration and the Department of Defense (DoD) and others is that we don’t believe that the US federal government or DoD or the army should back any one player,” said McKenzie, whose company is developing the Bokan Mountain heavy rare earths project in Alaska.

Ucore has indicated that it will be making a submission to the US Army on rare earths processing. McKenzie said that he believes his company has a “phenomenal proposition for the US” given the partners it has amassed, as well as that it is able to meet all the criteria of a viable operation due to its access to feedstock, necessary technology, a downstream supply chain and the required financing.

Even though McKenzie said Ucore is keen, he stressed the point that the US government should back multiple players out of pragmatism.

“I think it’s advisable for the US to spread the dollars around … there’s only a small list of players at this time anyway, and I think you should foster the few that have made it this far,” he said. “I think, to have survived the ups and downs of the rare earths space and to continue to raise capital and garner support, you have to have an extremely compelling story to have made it this far.”

By “survive,” McKenzie was referring to the rush into rare earths that followed China’s decision to throttle exports to Japan in 2010 over a fisheries dispute. China later decided to return to full exports, thereby smothering what was a burgeoning junior rare earths market.

Another rare earths company, Texas Mineral Resources (OTCQB:TMRC) has also indicated that it will be making a submission before the deadline, with CEO Anthony Marchese telling INN that the invitation to apply is proof that the US is finally getting serious about securing the rare earths supply chain.

“It’s study after study, and we’re at the point now where we need to get beyond studying the issue, and actually put some real money to work,” Marchese said last week. He added that, given that the US Army said its funding is open ended, there is indeed the potential for multiple projects to be backed.

McKenzie had sentiments along the same line, saying that for rare earths explorers and developers, this us an opportunity for vindication after many years of tough going.

“We’re not looking for handouts, we’re looking for the legitimacy of having the US government say that these guys can pull this off.”

Marchese’s company and its partner USA Rare Earth were out and running earlier this week with news they will be beginning the development of a Colorado-based rare earths and critical minerals pilot plant on December 16 — clearly with or without US government funding.

Vivas Kumar, a principal consultant at Benchmark Mineral Intelligence, told INN that the news the US Army is looking for projects to invest in shows “when the US sees a national security or defense need for investing in raw material supply to reduce significant foreign dependence, the investment will happen.”

He added that speed is of the essence, however, given the time it takes for projects to come to fruition. “This kind of investment really needed to happen sooner,” he warned.

Kumar noted that rare earths are not unique as a complex resource that America lacks adequate supply chains for, saying that more money is desperately needed through the critical minerals supply chain.

“A similar effort from the US government to secure lithium, nickel, cobalt and graphite supply would be welcomed, and it is needed to ensure American industrial competitiveness.”

Shares of rare earths-focused companies have responded to the US Army’s move, with Ucore enjoying a 50 percent increase in value on the TSXV through last week as it climbed to C$0.17 — though it did peak at C$0.19 at one point.

The Australian producer — and the only major producer outside of China — Lynas (ASX:LYC,OTC Pink:LYSCF) has enjoyed a similar bump, with its shares on the ASX going from AU$2.07 to AU$2.57 over last week. Lynas for its part has been pushing forward with rare earths processing in Australia, and is reported to be making a submission to the US Army as well.

One response to “Ucore CEO: US Should Back Multiple Rare Earths Players”