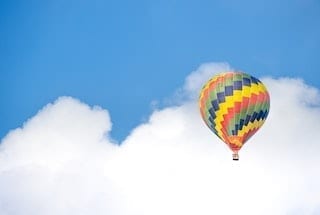 Spot prices for neodymium and praseodymium, two of the 17 rare earths, have risen by 50 percent in China year-to-date, according to an August report from research and advisory firm Adamas Intelligence.
In an August 16 interview with the Investing News Network, David Merriman, deputy manager for Roskill Information Services’ minor metals division, said neodymium oxide was trading at $68 per kilogram, while praseodymium oxide was going for $85 per kilogram. Merriman said that’s a $10 increase from the beginning of the month.
“Similarly, lanthanum, cerium and dysprosium have all been showing quite positive trends recently. So yes, the whole suite of rare earths really seems to be increasing in price,” he said. Neodymium, praseodymium, lanthanum and cerium are light rare earths, while dysprosium is a heavy rare earth.


Take Survey
Merriman explained that the Chinese government has been stockpiling rare earths for a number of years, and there is a “push to make sure China is able to sustain production of these technology components and materials as growth is set to continue into the future.”
Other factors driving prices up include traders in China purchasing material and “creating a bit of false demand there. There’s been suppliers that have been slightly holding back supply, which has decreased the material availability on the spot market in particular. That, combined with environmental inspections, has limited production at some operations,” he added.
Merriman said he expects neodymium and praseodymium prices to continue to gain in 2017, but at a slower rate. He sees prices stabilizing next year, but noted that the two magnet metals could face substitution if prices become “intolerable.”
“Neodymium-based magnets are the most powerful and strongest magnets available on the market at the moment, but there are alternatives. There’s ferrite magnets, there’s aluminum–nickel–cobalt magnets, which can be input into technologies that require magnets,” he explained, adding, “particularly on the electric vehicle side, there’s the use of induction motors, which a lot of models are using at the moment although they seem to be switching more and more to the permanent magnet types.”
Overall, demand is currently highest for light rare earths, which tend to be lower in value than heavy rare earths. Merriman said prices for lanthanum and cerium, the rare earths that comprise the bulk of production, are “increasing quite significantly,” but the movement has not been as extreme as the jump in neodymium and praseodymium prices.
Lanthanum and cerium are used in fluid catalytic cracking, emissions catalysts, glass polishing powders, NiMH batteries and additives for glass production.
“We do expect to see demand for these materials to increase. Particularly on the autocatalyst side as more stringent emissions controls are input. These require more catalytic material being used and catalytic equipment to take out the emissions,” he noted. In contrast, growth for heavy rare earths terbium and europium, used in phosphor powders, has slowed by two-thirds since 2011 in the move to LED lamps.

China remains the world’s main producer of rare earths by a wide margin, and rising prices have boosted business for rare earths producers in the country. The share price of major miner China Northern Rare Earth Group (SHA:600111) is up 52 percent so far this year, and in July the company forecast a 260-percent increase in its first-half profits compared to the previous year.
However, concern over China’s monopoly on the rare earth supply chain continues to grow. Merriman noted that the US and Japan are looking to increase domestic rare earth magnet production and downstream processing manufacturing.
For those reasons, rare earths-focused investors tend to focus on companies outside China. Merriman commented, “there’s a lot of speculation around the industry, so I would make sure that investors really get their research on the commodity or the project that they’re looking at in place. Particularly on the project side, have a detailed look at the actual products that the operation is looking to produce.”
Adamas Intelligence notes that Lynas (ASX:LYC) is “well positioned capitalize on higher [neodymium-praseodymium] oxide prices and reduced spot supplies in the near term.” Lynas produces about 5,400 tonnes of neodymium-praseodymium oxide per year, and has a long-term supply agreement with Sojitz (TSE:2768) in Japan.
The firm also states that higher neodymium-praseodymium oxide prices could “provide a major boost for late-stage rare earth exploration companies. Its list of companies with late-stage rare earth exploration projects by country is as follows:

According to Adamas, “companies with low-cost, nimble business strategies that enable them to go to market quickly also stand to benefit. Such companies include (among others) Medallion Resources (TSXV:MDL), Rare Earth Salts, Innovation Metals, Ucore Rare Metals (TSXV:UCU), and REEtec.”
Don’t forget to follow us @INN_Resource for real-time news updates!
Securities Disclosure: I, Melissa Shaw, hold no direct investment interest in any company mentioned in this article.
Editorial Disclosure: Medallion Resources is a client of the Investing News Network. This article is not paid-for content.
The Investing News Network does not guarantee the accuracy or thoroughness of the information reported in the interviews it conducts. The opinions expressed in these interviews do not reflect the opinions of the Investing News Network and do not constitute investment advice. All readers are encouraged to perform their own due diligence.