A PwC report addressing concerns from manufacturers over the supply of key metals has been widely misinterpreted as suggesting the potential scarcity of rare earths is a ‘ticking timebomb.’ 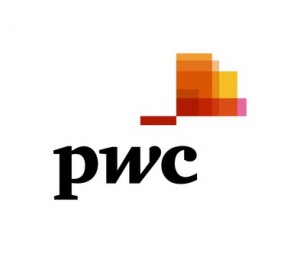 A report published by PricewaterhouseCoopers (PwC) last week has been widely misinterpreted by media outlets as suggesting that a potential global scarcity of rare earth elements is a ‘ticking timebomb’.

And while the report highlighted 14 minerals and metals that were deemed to be ‘critical’ to manufacturing, only dysprosium and neodymium were actually rare earth elements (REEs).

The headline from a PwC press release on December 7, however, read “Rare earth metals scarcity: A ‘ticking timebomb’ for the world, asks PwC?”, and a number of stories were run shortly thereafter citing the report and the prospective rare earth time bomb.

Tim Worstall, a scandium expert and Forbes contributor, first brought the error to light in a column on Wednesday.

Worstall conceded that there is indeed an ongoing debate over the scarcity of key REEs such as dysprosium, but noted that the conclusions drawn by the authors of the report were unfortunately being misinterpreted in the stories that have circulated in the media since its release.

“The first thing that anyone actually in the metals or minerals business is going to say, as I did myself, is, well, rare earths aren’t those metals and those metals aren’t rare earths. So, why bother with what PwC thinks about it all?” Worstall quipped.

Wortsall went on to comment that the report itself had not confused the rare minerals and metals it highlighted with the 17 elements classified as REEs, and that it has raised some intriguing points.

One of the more interesting findings was that actual physical shortages of rare minerals and metals  are much less of a concern for the manufacturing sector than geographical or corporate monopolies on them.

Case in point for the REE industry is the fact that China has produced 94 percent of the world’s supply of rare earths in 2011.

A recent report from mineral and metals research consultancy Roskill suggested that China’s share of rare earths production could fall to 70 percent by 2015.

The report, Rare Earths & Yttrium: Market outlook to 2015, 14th edition, indicated that new projects outside of China will add 56,000-57,000 tonnes of rare earth oxide (REO) to world supplies by 2015, cutting in to the Chinese monopoly on REE production.

This will be welcome news to manufacturers relying on REEs, who have had to cope with severe price volatility this year following the tightening of Chinese exports to 30,184 tonnes of REO.

China is expected to release its export quota for 2012 before the end of the year, and industry insiders in China have hinted that the quota could be capped at 30,000 tonnes due to the fact that the quota set aside for 2011 had not yet been used up.

Jia Yinsong, a director in charge of rare earths at the Ministry of Industry and Information Technology (MIIT), revealed on November 30 that only 40 percent (11,000 tonnes) of the year’s quota had been exported, a 65 percent drop from 2010.

Jia denied Chinese export controls were to blame for the shortfall, instead pointing the finger at a slump in foreign demand.

Interest from foreign buyers has indeed dried up after rare earth prices spiked in June, but Jia countered that the surge in prices this year was justified, as rare earths had been significantly undervalued in recent years.