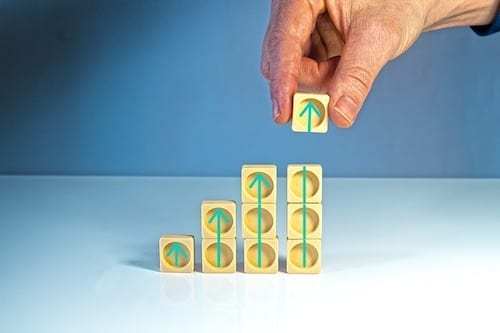 As a result, Lynas is in the black for the second consecutive year, posting an after-tax net profit of AU$80 million.

During the period, the critical metals company with mining operations in Australia and refining capacity in Malaysia produced 5,898 tonnes of neodymium and praseodymium (NdPr), two of the most in-demand rare earth materials.

As a result, Lynas is in the black for the second year in a row with an after-tax net profit of AU$80 million.

According to the financial report, Lynas’ sales revenue remained stable over the year; however, the company sold more of the lesser-valued lanthanum and cerium, which resulted in a lower average price across the full product range.

Despite the positive returns, Lynas has faced some challenges in the last year — most notably, issues around renewing permits at its Malaysian advanced materials plant.

Lynas has since received approval from the Malaysian government, and has successfully implemented its NEXT strategy to increase production capacity.

“Significantly, these improvements were achieved in a year that presented some extremely challenging regulatory and market conditions,” reads the announcement.

The global rare earths supply chain has been a dominant factor in the media cycle since May, when China alluded to the idea that it might restrict exports of the technology metals to the US.

During the latter half of the fiscal year, Lynas began reserving NdPr for its strategic customers amid the market uncertainty brought on by trade tensions between Beijing and Washington. The stockpiling resulted in a small surplus.

Company CEO Amanda Lacaze addressed the supply chain security concerns and the role Lynas is prepared to play as a major rare earths miner. “Lynas holds a unique position as the only significant rest of world rare earths miner and producer and interest in our company has intensified following recent geopolitical and macroeconomic issues,” she said.

“Our Lynas 2025 growth plans, announced on 21 May 2019, will assist us to meet the forecast demand growth and consolidate our position as a preferred supplier of rare earths for digital age technologies.”

Part of the long-term plan was announced earlier this year, when Lynas and Texas-based Blue Line entered into a memorandum of understanding regarding a potential refining plant in the American state.

The US government has also launched several initiatives to develop, secure and maintain its own value chain. Most recently, the Pentagon said it was conducting meetings in Australia regarding a potential collaborative effort in the rare earths space between the two countries.