Could the Jongju area contain the largest light rare earth deposit in the world? 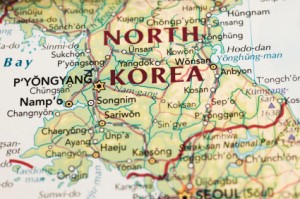 SRE Minerals, a private equity firm exploring a rare earths project in North Korea, in conjunction with the Korea Natural Resources Trading Corporation, a North Korean entity, has announced the formation of a joint venture to advance rare earth deposits at Jongju, located 150 km northwest of the capital Pyongyang.

According to the press release, the joint-venture company, known as Pacific Century Rare Earth Mineral Limited, will have rights to explore, mine and market all REE deposits in the Jongju area for the next 25 years, with the option to renew for another 25. Under terms of the agreeement, SRE will also be allowed to set up a National Rare Earth Mineral Processing Plant on the site.

SRE Minerals says that an Australian mining and geological consultancy, HDR Salva Resources Pty Ltd, will be SRE’s technical representative on the project and has been commissioned to assess its mineralized potential.

“The Jongju target would appear to be the world’s largest known REE occurrence,” said Dr. Louis Schurmann, who according to SRE, is a fellow of the Australasian Institute of Mining and Metallurgy, and who qualifies as a “Competent Person” under the JORC code of mineral resource reporting.

“The REE resource potential of the DPRK [North Korea], while estimated to be massive has only been lightly explored to date. Given the major economic significance of the effective utilisation of these important minerals to the DPRK, we look forward to working in close co-operation with our partner to progress the development of this excellent opportunity,” SRE stated.

The company notes that North Korean Academy of Science geologists have identified several heavy rare earth element targets, along with 7 new carbonatite complexes, which SRE plans to explore in 2014.

According to Pacific Century’s website, Jongju is estimated to be the largest light rare earth element deposit in the world; an initial exploration phase would entail 96,000 meters of drilling.

Rare Earth Investing News reported in 2012 on the mineral potential of North Korea, which by some estimates is worth $6 trillion including a large number of rare earth metals. However trade with the reclusive, adversarial north Asian nation has been restricted to all nations but China, which does not currently adhere to the US and United Nations sanctions against North Korea.

According to South Korea’s National Statistical Office, the potential value for key mineral deposits in North Korea is currently set at $6.09 trillion (in the base year of 2008), while its exports of rare metals to China stood at $16 million (1.27 billion yen) in 2009. Despite these numbers, the true potential of North Korea’s reserves remains relatively unknown as the country has not yet begun full exploration or undertaken feasibility studies.

Could North Korea Be the Next Rare Earth Powerhouse?