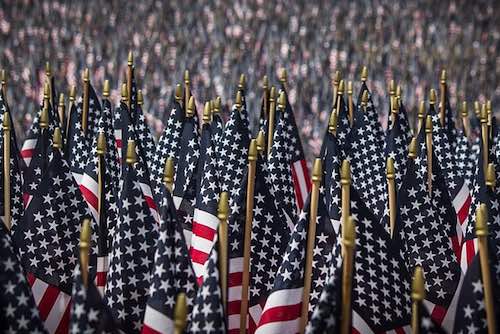 Australia and the United States have agreed to cooperate in developing their understanding of critical mineral supplies in both countries.

The Geosciences agencies of both Australia and the United States have agreed to collaborate on critical mineral mapping in each country.

Representatives from Geoscience Australia as well as Matt Canavan, Australia’s Minister for Resources, were in the US this week for the signing of the agreement with the United States Geological Survey (USGS) during high-level talks between the governments.

Canavan said the signing of the agreement was a key step in both countries securing their respective critical mineral supplies, which include lithium, cobalt and rare earths vital for battery technology, electronics, renewables and defence equipment.

“The US has a need for critical minerals and Australia’s abundant supplies makes us a reliable and secure international supplier of a wide range of those, including rare earth elements.”

Canavan and the Australian government were quite optimistic heading in to the talks last week, saying on November 15 that the high-level talks between the two governments would be used as an opportunity for Australia to talk up its role in the critical minerals supply chain.

Australia has long been aware of its unique position when it comes to rare earths and critical minerals, with the country home to the world’s only major rare earths producer outside of China in the form of Lynas (ASX:LYC,OTC Pink:LYSCF) as well as a handful of shovel-ready rare earths projects scattered throughout the country.

Speaking at the International Mining and Resources Conference (IMARC) in Melbourne last month, David Grabau, who is the senior investment specialist for resources and energy at Austrade, noted that the US had proven itself to be a unique opportunity for Australia given the federal government there didn’t control the critical minerals supply, putting the Australian government in an ideal position to spruik its own market.

The approach to the news that Australia and the United States had signed a formal agreement to collaborate on critical minerals was very different between the countries, with the Australian government highlighting the financing opportunities of the agreement, while the US Government focused on national security.

US Secretary of the Interior said in a release that the formalization of the agreement was “an important milestone in reducing the (United States’) susceptibility to critical mineral supply disruptions.”

The US has been casting around for alternatives to the current supply chain for critical minerals, with China singled out in its “Federal Strategy to Ensure a Reliable Supply of Critical Minerals,” which it published in mid-2019. Along with Australia, the US has also been seeking to do deals with neighbouring Canada.

The supply chain of these minerals has been increasingly in the spotlight as the US-China trade war grinds on through 2019. Various sections of the American government have been focusing their attention on the issue, and China has previously restricted rare earths exports to Japan to prove a point.

In mid-November, China announced an increase to its rare earths production quota in response to increased demand.