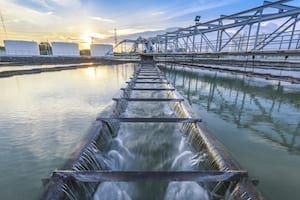 Magnesium oxide is an essential material in developing growth industries, including agriculture, wastewater treatment and construction.

Magnesium is an industrially-important metal with a broad range of applications.

The automotive industry has been the leading driver behind magnesium market growth in recent years. However, other market uses are beginning to gain traction.

Globally, the overall market for magnesium oxide is expected to grow at a CAGR of 4.1 percent between 2016 and 2026 to reach $8.2 billion in revenues, according to Future Market Insights. While steel alloys and refractories represent a large market segment that will continue to drive demand for magnesium oxide, other niche markets are also witnessing growth, specifically in the CCM-based markets.

This INNspired article brought to you by:

MGX Minerals (CSE:XMG) is a diversified Canadian mining and technology company with interests in advanced material and energy assets throughout North America.Send me an Investor Kit

The agricultural industry is an important market for magnesium oxide. Magnesium is an essential nutrient for plant photosynthesis and animal health. CCM is the most common form used in animal feed due to its high magnesium concentration and bioavailability. Crops such as citrus, potatoes, vegetables, fruits and grass pastures need magnesium-rich fertilizers for optimal production and caustic calcined magnesium oxide is the favored form. In fact, the agricultural sector as a market segment for this form of magnesium oxide is forecast to experience a CAGR of 5.3 percent between 2016 and 2026.

Alongside the rise in global industrialization and the push for cleaner more sustainable industry practices, the overall wastewater treatment chemicals market is projected to grow at a CAGR of 6 percent from $42.23 billion in 2017 to $56.57 billion by 2022. Magnesium oxide is quickly becoming an alternative to harsh chemicals in the treatment of waste run-off from factories and mines.

“One of the biggest users of [magnesium oxide] in the market is the Wastewater Treatment industry. This is due to its efficiency and cost-effectiveness compared to other chemicals,” said Foo Jin Hang, South East Asia Market Manager (Industrial Division) for Timab Magnesium. It’s also a safer, more environmentally-friendly alternative to other neutralizing agents such as lyme chemicals or caustic soda.

Magnesium oxide is increasingly playing a larger role in wastewater treatment, as it can effectively remove excess nutrients such as phosphorus which can have disastrous effects on the environment, as evidenced by the dead zones accumulating in watersheds across the United States including the Chesapeake Bay. Magnesium oxide is also an efficient absorber of silica and heavy metals—helping to prevent scaling formation in boilers, heat exchangers and piping, as well as preventing leaching into soil.

The strong bonds between the magnesium and oxygen that form magnesium oxide crystals and make the compound an important ingredient for steel fabrication are also proving beneficial in the manufacturing of wallboard. Magnesium oxide wallboards result in lower construction costs as well as maintenance costs and display superior performance compared to traditional wood, gypsum and cement-based products. Exterior and interior wallboards made with magnesium oxide are not only strong, they also known to be fire-resistant, mold proof, non-toxic, insulating and hold up well in water.

The global magnesium oxide board market, according to QYResearch, was valued at USD $947.06 million in 2016 and is expected to reach $1.27 billion by 2021. The Asia-Pacific region is the largest consumer, representing 43 percent of total consumption in 2016 followed by North America at 18.66 percent.

Magnesium is the world’s 8th most abundant mineral making up 2 percent of the earth’s crust and the United States Geological Survey states that “resources from which magnesium compounds can be recovered range from large to virtually unlimited and are globally widespread.”

The world’s magnesium reserves are highly concentrated in Russia (27 percent), China (21 percent) and Korea (18.8 percent). China is essentially the world’s top producer, responsible for roughly 70 percent of global production. This means that the opportunity in the magnesium resource space is not in shortage, but in security of supply. Currently there are only two magnesite deposits in production in North America, both private companies.

Another is advancing toward feasibility-stage. A recently completed Preliminary Economic Assessment (PEA) on the Driftwood Creek magnesium project in southern British Columbia shows a pre-tax NPV of C$529.8 million and an IRR of 24.5 percent. The PEA demonstrates the operation could become a high-margin, low-cost producer of both DBM and CCM salable products.

“The magnesium oxide markets are quite diverse. There’s traditional markets in the industrial space, such as steel making, but we’re very focused on growth markets one of which is magnesium oxide wallboard which is a replacement for sheetrock. The other one is in the environmental application which is by far the largest market for this certain type of magnesium oxide, which is wastewater treatment as a replacement for lime,” said Jared Lazerson, President and CEO of MGX Minerals (CSE:XMG, FKT:1MG, OTC:MGXMF) which owns the project.

The magnesium oxide market’s principle driver may be the steel industry, which is on the rebound after a ten-year decline, however specialty growth areas do exist. While we can expect good margins from the DBM market as there are not many substitutes for magnesium oxide in refractory applications, it’s the nonmetallic industries such as agriculture, waste water treatment and fire-resistant wall board that really hold the best prospects for growth.

This article was written according to INN Editorial standards to educate investors.