Lake Resources NL (ASX: LKE) welcomed today the support of investors to advance its key projects with commitments to raise A$2 million, before costs, in a private placement to sophisticated and professional investors.

Lake Resources NL (ASX:LKE) welcomed today the support of investors to advance its key projects with commitments to raise A$2 million, before costs, in a private placement to sophisticated and professional investors. Lake’s projects are in the heart of the Lithium Triangle, home to the world’s lowest cost lithium production.

Under the placement, the Company will issue approximately 45,000,000 new fully paid ordinary LKE shares (Offer Shares) at $0.045 cents per share (Placement) to sophisticated and professional investors using its existing placement capacity under ASX Listing Rules 7.1 and 7.1A.

Funds raised through the Placement will be used by Lake to complete the Pre-Feasibility Study (PFS) and advance the construction of a pilot plant using the Lilac direct extraction process at the Kachi Project, together with exploration at Olaroz and Cauchari Lithium Brine Projects, and additional working capital. Funds will also be used towards closing the remaining convertible Notes with a temporary halt on conversions while being negotiated.

Lake’s Managing Director Steve Promnitz commented: “Lake welcomes the support of investors at this critical time in the advancement of the Company’s key projects, with the Kachi PFS set for completion in the next few months followed by the launch of the planned pilot plant. This will demonstrate the compelling nature of a flexible process that produces high quality lithium products at the low end of the cost curve, with potentially industry-leading recovery rates.”

“Low costs and consistent quality product have been a focus by downstream players in the lithium market. The new discovery at Cauchari has demonstrated the successful approach to exploration which augers well for Olaroz. Our discussions continue with potential development partners. These are exciting times for Lake and we are focused on seizing the opportunity for the benefit of all shareholders.”

A direct extraction technique is being tested in partnership with Lilac Solutions, which has shown 80-90% recoveries and lithium brine concentrations over 50,000 mg/L lithium. Phase 1 Engineering Study results have shown operating costs forecast at US$2600/t LCE in the lowest cost quartile (refer ASX announcement 10 December 2018). This process is will be trialed on site with a pilot plant in tandem with conventional methods as part of the PFS underway, ready by year end. Discussions are advanced with downstream entities, mainly battery makers, to jointly develop the project.

The Cauchari project has shown lithium brines over 506m interval with high grades averaging 493 mg/L lithium (117-460m) and high flow rates, with up to 540 mg/L lithium. These results are similar to lithium brines in adjoining pre-production areas under development and infer an extension and continuity of these brines into Lake’s leases (refer ASX announcements 28 May, 12 June 2019). The Olaroz project is planned to be drilled for the first time in LKE’s 100% owned Olaroz leases as soon as drilling is completed at Cauchari. 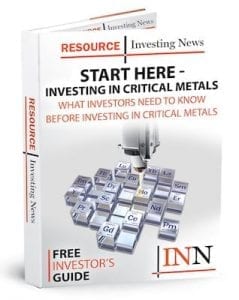 Learn how to start investing in critical metals