Clean energy sources and technologies are not new, but two current dynamics have driven their rapid development: rising input prices and the recognition of human-induced environmental change. These shifts impact commodity markets as well. 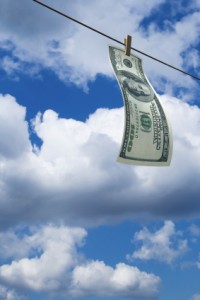 A clean energy transition is upon us. This should come as no surprise to anyone only marginally engaged in political or investment trends of the day. Clean energy sources and technologies like wind, solar, biofuels or geothermal have been around for decades or longer, but two current dynamics have driven their rapid development: the prospect of rising prices of “peak” commodities and the recognition of human-induced environmental change.

While energy is a core focus of many of clean technologies, the moniker ‘clean’ includes a wide range of industries, products and services. Clean investments, however, do coalesce their efforts around increasing material and cost efficiency and minimizing negative environmental externalities from production to consumption of goods and services.

While clean investments have been a big play in a number of asset class investments, commodity markets have been front and centre in this dynamic industry. Growing demand for precious and hard metals to store, transform or minimize energy and material throughput are an important driving force in the recent commodity bull market runs. New minerals and new uses for existing minerals have spurred mining and resource investment and they offer opportunities for investors ready to invest in the future of resource markets.

National and state governments around the world have been vigorously supporting and funding clean energy transitions in recent years despite restricted fiscal spending. R&D grants, environmental regulations, loans, rebates and tax credits have been their weapons of choice aimed at achieving a variety of public policy goals. US President Obama has been eager to make this transition a pedestal of his administration while also attempting to resuscitate a limping economy with high unemployment. Obama has said that “the transition to clean energy has the potential to grow our economy and create millions of jobs – but only if we accelerate that transition.”

China, in its 12th 5-year plan released this year, also gave clean energy a growing share of its attention. In the government’s four pillar energy plan goals, efforts will be aimed toward increasing non-fossil fuel energy from 8 percent to 20 percent of total energy consumption by 2020. Another of the four pillars hopes to reorganize the country’s energy structure by coordinating energy extraction with environmental protection led by market mechanisms to support technological innovation. Fremont, California-based solar panel producer Solyndra LLC declared bankrupcy last week after having received US $535 million in government loans the company was unable to meet its debt obligations due to falling solar panel prices in a market flooded with supply.

Similar challenges are faced by Danish wind mill producer Vestas who laid-off nearly 5000 workers over the past year after being “too optimistic” about wind turbine markets.

As like most government activities, government clean energy programs have been responsive to change, rather than driving it. The risk here is when government’s overplay their hand and distorts markets into unsustainable territories, instead of supporting and spawning new, political desirable industries. The result is a glut of technological solutions that markets are not prepared to integrate or are ready to pay for.

While domestic constituents and businesses’ interests are by no means solidified on the imperative of the ‘clean’ transition, the prospect of investing in efficiency, abundance and accessibility of renewable or low-carbon energy sources which some clean technologies hold, has long curried the interest—and capital—of private investors and entrepreneurs.

A recent count conducted by Ethical Markets has placed global private sector investment into ‘green sectors’ at over US $2.4 trillion since 2007, topping $1 trillion in 2010 alone. Ethical Markets expects this trend could continue to reach a total of $10 trillion by 2020. This scale of investment will, and has, played a strong role in the commodity and mining runs of the past years.

While many governments and companies have picked their horse for the race, industry experts are not predicting one energy source, let alone one technology, to come out on top. In industries like energy storage, considered by many to be the key technology to make renewables commercially ubiquitous, vanadium, zinc and cobalt have been strong contenders to uproot the well-established lithium ion batteries. But it is most likely that a wide range of these battery types will figure into the mix depending on local markets and the accessibility of the required commodities.

Recent figures from Bloomberg New Energy Finance have pegged global investments into renewable energy in 2010 grew 32 percent US $233 billion. Much of this investment now comes from China and continues to support wind development.

If these figures tell us anything, it is that clean technologies are not a  passing trend. Their characteristics are appetizing to both cost-conscious financial managers as well as environmentally aware citizens, but we must stay weary of exuberance. With this clean transition, investors should prepare for a similar shift in commodity applications to power and drive these clean technologies of the future.