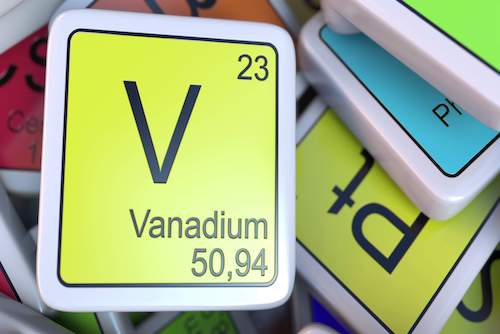 This is the first time Energy Fuels has produced vanadium since 2013, when vanadium price levels were substantially lower.

US-focused Energy Fuels (TSX:EFR,NYSEMKT:UUUU) has successfully produced the first batch of vanadium concentrate at its White Mesa mill in Utah.

The milestone marks first time the company has produced vanadium at the site since restarting operations there in December 2018.

The decision to produce vanadium again has solidified Energy Fuels’ spot as one of the only North American producers, an advantageous position as the metal becomes popular in energy storage.

“We are extremely pleased with the quality and purity of our initial batches of finished vanadium product. Energy Fuels is the newest vanadium producer in the world to respond to today’s relative market strength, and we are now one of the only vanadium producers in North America,” Mark Chalmers, president and CEO of Energy Fuels, said in an announcement.

The company plans to steadily ramp up vanadium production during Q1 2019, and expects to achieve a full production rate of 200,000 to 225,000 pounds of vanadium pentoxide per month by the end of the quarter.

According to Energy Fuels, there is an estimated 4 million pounds of recoverable vanadium dissolved in the mill pond solutions.

In addition to offering an update on its newly restarted vanadium production, Energy Fuels also said it plans to continue uranium production during 2019, albeit at a reduced capacity due to ongoing depressed spot prices.

Energy Fuels is awaiting the results of a Section 232 investigation launched by the US government in early 2018 regarding security around uranium imports from foreign countries. If successful, the US will cap the amount the amount of uranium it allows to be imported into the country, and instead look to domestic producers to meet growing demand.