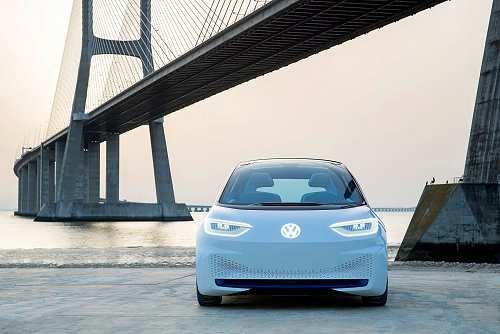 As part of a widespread reimagining of what it means to manufacture automobiles, Volkswagen plans to develop an EV battery recycling plant.

As part of a widespread reimagining of what it means to manufacture automobiles, German carmaker Volkswagen (FWB:VOW) plans to “assume overall responsibility” of its vehicles from inception to demolition.

A key element of this new corporate strategy is the development of an electric vehicle battery recycling plant, which is currently in the earliest stages at the company’s Salzgitter factory, located in south-west Braunschweig, Germany.

Recycling the battery metals contained in an electric or hybrid vehicle is a simple concept, however developing the technologies to extract the materials safely and effectively requires advanced applications, which are currently being developed.

“For ten years now, we have been researching how we can recuperate raw materials. These include, above all, cobalt, lithium, manganese, and nickel,” Thomas Tiedje, head of technical planning explained in the company announcement.

“Another reason why multiple use of these four raw materials in particular is so important and useful is that their extraction and use is crucial for a company’s carbon footprint.”

For Volkswagen, the end result of the recycling process will be usable material it can introduce back into its manufacturing process chain, reducing overhead costs and landfill waste.

The announcement coincides with Volkswagen’s initial foray into the electric vehicle sector with its ID Group, which plans to launch its “e-mobility for all” campaign this year. The ID Group has planned the staggered launch of four distinct electric vehicles, with production of the ID, Volkswagen’s first electric concept vehicle scheduled for later this year.

Naturally, the German manufacturer is also developing a battery cell production plant that would utilize some of the materials extracted during the recycling process.

Volkswagen plans to have the pilot recycling plant up and running in 2020.

“Batteries can be recycled here [the pilot plant] as early as 2020 — initially 1,200 tons per year,” noted the press release. “This corresponds to 3,000 vehicle batteries. A further increase in capacity is envisaged for subsequent years.”

The recycling process will be broken into two sectors, second life and straight recycling. The latter is the straightforward process of breaking down the various battery components, until what remains is “black powder,” containing the valuable raw materials of cobalt, lithium, manganese, and nickel. These material are then separated and reused in battery cell production.

Second life looks to get a little more energy out of the batteries by incorporating them into autonomous charging stations that can be easily erected and operated.

As the report explained: “Alternatively, the quick charging stations are equipped with power connections and thus provide e-drivers with a quick charging option on long trips along freeways and national highways. Batteries in a “second life” are ideally suited to all such applications.”

The initial pilot plant in Salzgitter will followed by additional recycling plants in the coming years, as part of the company’s ambitious goal to ultimately recycle 97 percent of all raw materials. With the Salzgitter plant Volkswagen will hit 72 percent, well on its way to its end goal.