Mining giants BHP Billiton and Vale S.A. have increased their manganese production in light of rebounding steel demand from India and China. The long term outlook for manganese looks strong due to increased demand for the metal, as well as factors on the supply side that may drive up prices through 2011. 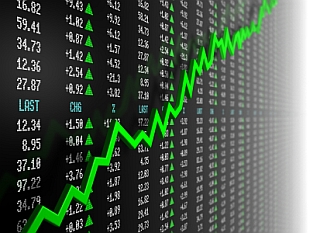 The growth of the steel market is stemming from China and India. China has reported a 22 percent growth year-to-year of steel production. “India’s steel demand is expected to increase by 13.9% and 13.7% in 2010 and 2011, respectively, given that the country’s steel demand showed steady growth during the economic downturn,” reported Anthony David for Proactive Investors.

Vale S.A., a global mining leader, has an optimistic outlook for metals, and as result has ramped up production after slashing production after the down turn in 2008. “A very promising scenario for the metals and mining industry in the short as well as in the long term . . . The global economic recovery set in motion a substantial expansion in steel consumption,” stated a Vale Official.

Chinese companies have been funding manganese projects, as well as buying as much of the metal as they can get their hands on. Recently, Sichaun Hanlong Group, funded a major molybdenum mining project in Australia. The firm is looking to invest up to $5 billion for infrastructure projects in an effort to supply China, the world’s largest steel producer, with cheaper alloy metals. “The Chinese company, with assets exceeding 20 billion yuan ($2.9 billion), wants to invest in steel-related materials including molybdenum and manganese, and in agriculture and renewable energy projects,” reported Elisabeth Behrmann for Bloomberg. The Spinifex Ridge project is run by Moly Mines Ltd. [ASX:MOL]

From a supply side perspective, the cost of producing manganese ore is rising. Speaking on this subject, Helen O’Malley, a bulk manganese specialist with London-based CRU, provided insight on the markets.

“The price is rising at the moment and that’s because supply and demand fundamentals are tight and also because ore prices are rising. We think that this tightness in the alloy market will persist for another couple of years. This is because global demand from the steel sector continues to recover . . . We think that they [Mn companies] will be maintaining supply discipline for the next couple of years. That will help to keep fundamentals tight enough for prices to rise . . . On an annual basis we would expect prices to rise between 20% and 30% this year over the 2009 average; next year another 10%-15% on that,” stated O’Malley in an interview for Gold Report.

Southern Hemisphere Mining Limited [CVE:SH] has released information on their Los Pumas Manganese Project in Chile. The company is completing its feasibility study on the project and expects production to commence in the second half of 2011. “Measured and Indicated resource of 10.3 million tonnes @ 9.2% Manganese (”Mn”)…Remaining high grade Inferred Resource of 10.3 million tonnes @ 10.3% Mn,” stated the company press release.

The government of Gabon, a manganese-rich West African country, is looking to buy a stake into the French mining company Eramet SA [EPA:ERA]. This is the latest in developments from African nations looking to reclaim the mineral wealth of the continent from foreign companies. As of late, South Africa has imposed governmental regulations for increased African ownership on mining companies . “Gabon’s government wants to take a stake of between 10 percent and 15 percent in France’s Eramet SA, which operates a manganese mine in the country,” presidency spokesman Michel Mbanga said. The company plans to produce 3.3 million tons of the metal from the mine this year.

Largest Producers of Gold by Country
A Look at Historical Copper Prices
What is Coltan? 5 Facts You Should Know
The Basics of Critical Metals Investing