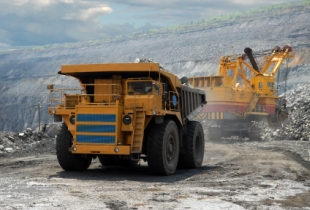 Major manganese mining companies are on the offensive, securing new operations in an attempt to capitalize on growing demand for steel.  Analysis from leading iron ore companies chart demand for steel growing, due largely to emerging economies, for at least a decade. Seizing the opportunity to cash in on rising demand for Manganese, OM Holdings and Jupiter Mines have made deals for manganese resources in South Africa. Also, American Manganese Inc. has started preliminary drilling on the first manganese mining operation in America since 1970.

Demand for steel will drive manganese markets because of its use in alloys in the prevention of oxidization. Mining giants Rio Tinto and BHP Billiton are hopeful for growth from Asia. “From 2008 levels, steel consumption in China is expected to double by 2020 due to continued urbanization in coastal provinces … This will be sustained as inland or rural areas also urbanize,” said Sam Walsh, head of Rio Tinto’s iron ore operations. China, the world’s leading steel producer, is also a major producer of manganese. However, Chinese manganese is of low quality, and changes by the Chinese government regarding environmental and safety concerns of domestic operations are driving China’s appetite for imported manganese. Imports of Ma in China rose by 27 per cent in 2009. A press release from China Armco & Metawise Ltd, the subsidiary of China Armco Metals Inc, says the company has purchased 749,000 metric tons of Brazilian manganese ore fines for delivery over the next 16 months.

Australian mining company OM holdings Limited [ASX:OMH] is seeking to triple its manganese output by 2012. This increase in output will challenge the power of mining giants like BHP Billiton. “OM Holdings has also agreed to buy a 26 per cent stake in a South-African mining company (Ntsimbintle Mining) for about US$58.48 million … This means it will then produce 10 to 15 per cent of the world’s supply of manganese,” reported Georgina Joseph of Channel News Asia. Currently the company sells almost 100 per cent of its products in Asia, and will be keen on rising Chinese steel demand for the sale of their increased production. The operation is located in the Northern Cape region of South Africa. OM Holdings is also looking to get dual listing on the Hong Kong exchange later this year.

This South African region is also being coveted by Jupiter Mines [ASX:JMS]. The company has acquired 49.9 per cent of the Tshipi Kalahari Manganese Project with the help of major shareholder Pallinghurst Resources. The operation has considerably large amounts of high-quality manganese. “During 2008-09, Tshipi é Ntle completed a comprehensive drilling campaign as part of the project feasibility study. This generated a SAMREC-compliant resource of 163m tonnes grading 37.1% manganese and indicated the potential for additional resources beyond the currently defined levels,” noted a report by Small Cap News.

American Manganese Inc. [TSX VENTURE:AMY ][PINK:AMYZF] has started preliminary drilling of the first manganese operation in the U.S. since 1970. The reverse circulation drill program is underway in Mohave County, Arizona. This development is huge for American steel manufacturers that have been at the mercy of foreign Ma producers. The tariffs placed on Ma have put U.S. steel producers at a competitive disadvantage. If the mine proves to be a success, domestic steel producers will have a secure source of cheap manganese. “The U.S. operation could process as much as 3,500 metric tons of ore daily over 17 years at an operating cost of just 44¢/lb.” said Larry Reaugh, CEO of American Manganese Inc.