In an exclusive interview with Manganese Investing News Jonathan Lee, Battery Technology and Materials Analyst for Byron Capital Markets, discusses manganese battery technology and the capabilities of this emerging technology. 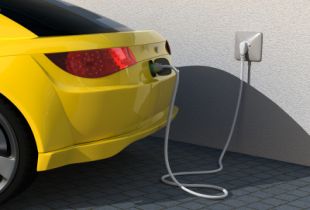 Batteries are undoubtedly one of the most important markets driving our technological world. The need for batteries in the emerging markets such as electric vehicles, renewable energy and consumer electronics hinges on two factors: the need for high capacity and low cost energy storage. To meet these needs, lithium-manganese batteries mark the next step in technology geared to reduce the cost of energy storage.

In an interview with Manganese Investing News, Jonathan Lee, Battery Technology and Materials Analyst for Byron Capital Markets, discussed manganese batteries and the capabilities of this emerging technology.

The downside of lithium-ion

The heat problem associated with the lithium-cobalt batteries in the past has resulted in recalls when some Hewlett-Packard laptop batteries suddenly ruptured, causing fires.

Currently, the main market for manganese batteries is the hybrid/electric vehicle. “Lithium-manganese oxide batteries are being used right now in the Chevy Volt and Nissan Leaf,” stated Lee, adding, “One of the major benefits of using these batteries is cost. Manganese is a fairly inexpensive metal, which keep down cost.”

There are other types of batteries utilizing manganese that are still in a developmental phase. “The other type of battery using manganese is the lithium-nickel-manganese-cobalt battery. This is potentially the next generation and the Argonne National Laboratory is working on these,” stated Lee.

One of the main obstacles facing electric vehicles is recharging time. Using a standard household plug, the Chevy Volt takes ten hours to charge the battery with a range of only 35 miles. However, researchers at the University of Illinois are developing batteries that have “a charging rate ten to 100 times higher than that of a normal, commercial battery (in one instance, the researchers created a lithium-ion battery that could be 90 percent recharged in two minutes),” according to an article from The Economist.

Last year, China produced 1.4 million tonnes of manganese. However, “there is only about 34,000 tonnes of electrolytic manganese production outside of China,” stated Lee. This production comes from Manganese Metal Company in South Africa. Lee added, “With electric vehicles, our estimates are by 2020, we see a need for 80-90 thousand tonnes [of manganese] for electric vehicles.”

The added demand from electric vehicles is small in comparison to the overall production of manganese. However, there are a few factors to consider in terms of supply and demand fundamentals going forward.

On the supply side there are reports that manganese ore bodies are shrinking in China. It is reported that if no new resources are found, China may lose 500-700 thousand tonnes of capacity in the next 3-5 years.

Approximately 90 percent of manganese is consumed in steel production. Steel production is forecast to grow this year by seven percent. Recently Lakshmi Mittal, the CEO of the world’s largest steelmaker ArcelorMittal (NYSE:MT) stated, “Any substantial slowdown is still many years away.” The added demand from the steel industry coupled with new demand from batteries will require significant tonnage to be supplied to the market.

As manganese battery technology improves it will bring down the cost, and increase the range of electric vehicles. This is where Jevons Paradox may come into play. The paradox states as efficiency increases, so grows the demand for the resource used because of reduced cost.

As these emerging technologies increase the efficiency of electric vehicles it follows suit that the market will demand even more electric vehicles. Also, the potential for these batteries to be used in mobile electronics could open a truly massive market, requiring additional supply of the metal. The future for manganese batteries looks bright.