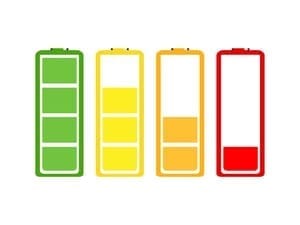 After the end of the World War II, the US prudently built up a reserve of metals it deemed “strategic” in the not-unlikely event that the nation could again be called on to defend its allies in war.
American leadership saw how Germany practically starved Britain with submarine attacks on British and Allied shipping vessels. On the other hand, the US managed to break the back of the Japanese economy by sinking over 90 percent of the Japanese merchant fleet. Both of these events show how cutting a country’s supply lines (including critical metals) in times of war can devastate a war-time economy.
During the Cold War of the 1950s to the end of the 1980s, the US was constantly worried about a war with the Soviet Union, so it kept a “strategic stockpile” of metals that could be pressed into military applications should the need arise. The metals included indium, chromium, cobalt, diamonds and molybdenum. In 1987, the US added manganese to the stockpile. The reason? Manganese is essential to the production of steel; as a steel alloy, there is no substitute for it. For every tonne of iron, 10 to 20 pounds of electrolytic manganese metal (EMM) must be added, making it the fourth-most-traded metal in the world. Only aluminum, iron ore and copper are more widely used.
Since the end of the Cold War in the early 1990s, the US government has sold off its strategic stockpile, making the country vulnerable to foreign metal producers such as China, which produces 90 percent of the rare earths used in smartphones, green energy applications and missile-guidance systems, to name just three examples. Along with rare earths and many others, manganese is long gone from the stockpile.
The US has no manganese reserves and no producing mines, a situation echoed in most industrialized countries, including those in Europe. According to the US Geological Survey, manganese ore containing 20 percent or more manganese has not been produced in the US or Canada since 1970.
All the high-grade (>20 percent) manganese ore was mined out, leaving just the low-grade material that is too expensive to mine considering the lower-cost and easier alternative, which is to import it. It’s estimated that the US needs about 1.1 billion pounds of manganese a year, almost all of which is consumed by the steel industry.

Despite the ups and downs of the global steel industry, the International Manganese Institute predicts the steel industry will continue to grow at 2 percent annually; the US is expected to produce 4.4 percent more steel this year, in line with President Donald Trump’s focus on infrastructure spending. Growth in steelmaking puts an even brighter spotlight on manganese as a critical metal — defined as a metal that is essential to the economy and has a significant risk of supply interruptions. If one or more of the nations that supply manganese to the US suddenly stop shipping it, the implications for steelmaking could be dire.

While the US currently imports manganese from major producers South Africa, Australia, China and Gabon, more recent applications for manganese are making it even more critical — especially the battery industry, where manganese is used to produce batteries for electric vehicles (EVs) and for other renewable energy applications such as electricity grid storage (e.g. Tesla’s (NASDAQ:TSLA) Powerwall batteries).
Indeed, manganese is a critical link in the lithium-ion battery supply chain that is driving the adoption of EVs. According to Tesla CEO Elon Musk, energy storage is “the last vital piece” needed to wean the global economy off fossil fuels and enable widespread adoption of EVs and renewable energy.
The market for manganese in North America has huge potential considering the lack of domestically mined manganese and the growing popularity of EVs that run on batteries made from lithium, nickel, cobalt and manganese. Manganese is increasingly being seen as a leading-edge metal for battery production.

Manganese X Energy Corp. (TSXV:MN) is a Canadian based company focused on acquiring and advancing North American resource projects with the potential to supply ethically-sourced value added materials to the lithium-ion battery and renewable energy technology markets.Send me an Investor Kit
Electrolytic manganese dioxide (EMD) is an upgraded form of manganese that is a key ingredient of lithium-ion, alkaline and zinc-manganese batteries. The US is the world’s largest consumer of EMD and China supplies 97 percent of it.
Tesla currently uses nickel-cobalt-aluminum (NCA) batteries for the EVs at its gigafactory in Nevada, but new batteries made from nickel, manganese and cobalt (NMC) have lower raw materials costs, a reduced charging time and a longer lifespan. Manganese sells for less than a dollar a pound versus around $14 per pound for cobalt, allowing for a much cheaper battery, which in a Tesla accounts for half the price of the vehicle. Cobalt also has an unstable supply chain, with few mines producing pure cobalt.
The company may soon be switching to magnesium-based batteries, having signed a five-year partnership with Dr. Jeff Dahn of Dalhousie University, a prominent NMC battery researcher who has been tasked with reducing battery costs for Tesla.
Other large purchasers of new battery technology are shifting to NMC batteries, including 3M (NYSE:MMM), BMW (ETR:BMW), General Electric Company (NYSE:GE) and Duracell.
Manganese is also used in nickel-metal hydride (NiMH) batteries used in hybrid vehicles, including the Toyota Prius, and in up-and-coming lithiated manganese dioxide (LMD) batteries. Comprised of 61 percent manganese and 4 percent lithium, LMD batteries are said to have higher power output and better thermal stability, and are safer than regular lithium-ion batteries. They are currently employed in the Chevy Volt and Nissan Leaf EVs.

Manganese is also used in animal feed and fertilizers — two sectors that continue to grow with the increase in world population — and in solar panels. In solar power, the use of manganese atoms increases the electric current produced by a solar cell by 300 percent, according to the US Department of Energy.
The solar panel industry is growing by around 50 percent a year, while EV sales jumped by about 60 percent in 2016. Although the global market for pure EVs is still small, about 1 percent of all vehicles, it is quickly advancing. EV-Volumes.com says that global sales of plug-in vehicles — both EVs and hybrids — rose 40 percent from January to March 2017. If that growth rate continues, by 2030 eight out of 10 vehicles will be plug ins. One stunning indication of how mainstream EVs have become: Volvo recently announced that it will only install electric or hybrid motors in all its vehicles from 2019 forward.

Like any commodity, the price of manganese is determined by the intersection of supply and demand. As the above-mentioned manganese applications demonstrate, demand for the metal is strong, and likely to get stronger as its importance as a battery metal continues to grow. On the supply side, the world is actually producing less manganese despite all its burgeoning uses. US Geological Survey data shows that 8.6 percent less manganese was produced in 2016 compared to 2015. This supply-demand imbalance is an important reason why manganese prices have risen over 42 percent since 2016. With estimated demand for manganese expected to reach 28.2 million tonnes by 2022, and supply having reached a peak of 18 million tonnes in 2014, the widening gap is likely to produce healthy price appreciation over the next few years.
The takeaway for investors? Watch for companies with the potential to tap into those gains, with projects that can produce battery-grade manganese. Those companies that can feed into a supply chain for EVs such as the Tesla gigafactory in Nevada are even better positioned for growth and shareholder gains.
This INNspired article is sponsored by Manganese X Energy (TSXV:MN). This article was written according to INN Editorial standards to educate investors.