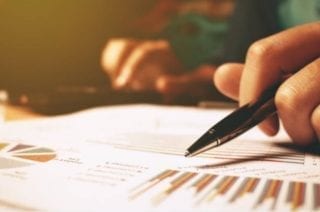 Lithium Americas (NYSE:LAC,TSX:LAC) has increased the measured and indicated resource for the Thacker Pass deposit at its Lithium Nevada project, the company announced on Thursday (April 5).

“The 2017 exploration program has achieved the goal of demonstrating scalability of the project in an area we believe minimizes permitting and schedule risks,” said Alexi Zawadzki, Lithium Americas’ president of North American operations.

Lithium Nevada, located in McDermitt, is a smectite clay-based lithium project. According to the company, the updated resource estimate establishes the project as the largest and highest-grade known claystone lithium resource in the US.

In fact, the report increases measured and indicated resources by 80 percent from a 2016 resource estimate. Lithium Americas continues to look for additional partnerships to develop the asset.

“[The] results reveal additional high-grade and near surface lithium mineralization northwest of the original pit area that was proposed in 2012,” Zawadzki added.

The updated resource estimate will be included in a preliminary feasibility study, which the company expects to publish by the end of the second quarter.

Aside from Lithium Nevada, Lithium Americas is developing the Cauchari-Olaroz project in Argentina together with top lithium producer SQM (NYSE:SQM). It also owns RheoMinerals, a supplier of rheology modifiers for oil-based drilling fluids, coatings and specialty chemicals.

On Thursday, shares of Lithium Americas were up 2.42 percent in New York, trading at US$5.07. The company’s share price was also up in Toronto, trading at C$6.48.

That said, many lithium companies had a rocky start of the year, as investors’ fears over oversupply in the market hurt stocks during the first quarter. Lithium Americas’ share price has been on a downtrend since January, and has fallen 41.73 percent year-to-date.

Despite the volatility seen in the market during the first three months of the year, many lithium stocks are still up year-on-year, including Lithium Americas, which is up 48.77 percent. Click here to find out more about the top Canadian lithium stocks of 2018.