Inflationary costs, unexpected weather issues and global economic malaise have created a challenging environment for many lithium producers and exploration and development companies. 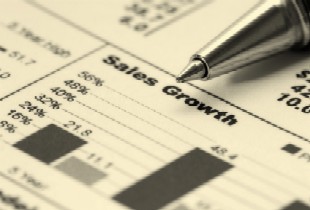 With more than ninety different varieties of lithium commercially produced a lithium spot price is not possible and determining an underlying trend in the price for lithium is not simplified enough to give a generic quote as there are different volumes and purities according to specified demands. Recent announcements from some of the biggest producers highlight some of the inflationary costs which appear to have had an impact on the overall lithium industry over the last three months.

Last month Chemetall Foote, a lithium division of specialty chemicals and materials producer Rockwood Holdings Inc. (NYSE:ROC), implemented a price increase up to 20 percent on several products as the result of inflationary expenses from transport, energy, raw materials and solvents.  FMC Corporation (NYSE:FMC) preceded this when in June the company announced its second lithium product price increase in the range of 20 percent for lithium carbonate and between 15 and 25 percent, depending on product grade, on a field of lithium products, including lithium battery metal, lithium chloride, lithium hydroxide and specialty lithium salts.

Overall market corrections represented by a drop in the broader Toronto Stock Exchange, S&P 500, NASDAQ and the Australian equity indexes declining by 10.7, 10.2, 10.4 and 10.8 percent respectively have contributed to a decline in lithium equity valuations over the last 3 months. The Global X Lithium ETF (NYSE:LIT) might serve as a proxy for the overall lithium industry with the cautionary disclaimer that a considerable portion of the represented index constituency is not reflective of pure play lithium exposure. Overall, the index has declined 13.29 percent over the last quarter. The proprietary lithium investing news index has demonstrated a stronger downside pressure potentially attributed to exposure to increased exploration and development risk from its constituents with the overall value declining 26.0 percent from the last quarter.

The most recent quarterly earnings release from Johnson Controls (NYSE:JCI) suggest impacts for some lithium battery manufacturers may have been enhanced by inefficiencies in North America and Asia due to production disruptions in Japan following the earthquake in March. Higher engineering and inflationary costs have also affected the volume and magnitude of new projects.

Weather conditions have also been important for some of the South American brine producers with the wettest weather in more than a decade having presented operational challenges in the previous quarter. Heavy rain and snow resulted in road blockages or washouts, creating additional expense and logistical impediments for production yields. Australian lithium producers such as Talison Lithium (TSX:TLH) and Galaxy Resources Limited (TSX:GXY) may benefit directly without having the concentrated exposure of their assets to inclement conditions.

A series of announcements from lithium exploration and development companies have highlighted an emergent theme from the last quarter with direct partnerships from battery manufacturers, consumer electronics companies and industrial conglomerates to develop and source critical reserves.  Last week, the terms of a previously announced agreement between Li3 Energy, Inc. (OTC:LIEG), a US-listed and Peruvian-based lithium exploration company along with POSCO (NYSE:PKX), were finalized and disclosed. The strategic partnership is to include up to $18 million in funding for the Maricunga exploration and development project.

There have also been electric vehicle initiatives between automotive and battery manufacturers, governments and universities to further support the potential growth of research and development. This has recently been underscored by the press release last week that General Motors (NYSE:GM)(TSX:GMM) and LG Group intend to jointly engineer future electric vehicles, enhancing the relationship of LG’s battery cell source for the Chevrolet Volt and Opel Ampera extended-range EVs. The news of this partnership follows a cooperative deal between Toyota and Ford to build a new hybrid system. The most recent announcement has a material application for Lithium One Inc. (TSXV:LI) as they are partners in developing Sal de Vida Lithium Brine Project in Argentina along with LG, GS Caltex and KORES.

Currency rate movements can sometimes be of interest to lithium investors in following trends. Although many producers will be employing complex currency hedging strategies depending upon their segmented revenue forecasts, in general, when a lithium producer operates in a particular region, the expenses will be paid in that region’s currency. If the lithium producer exports to another nation, its revenues might lose or might gain in marginal value, or if nothing else the cost to hedge against currency rate volatility could be impacted.

Of potential interest to some lithium investors might be that the Chinese yuan has strengthened against most currencies, recently reported by Bloomberg to be at a 17 year high. This may provide a windfall for some lithium producing companies that may be generating considerable revenues in yuan and paying most expenses in Argentinian or Chilean pesos or Australian, United States, or Canadian dollars.