Today Energizer Resources upgraded a portion of the NI 43-101 mineral resource estimate for its Molo project to measured status. The overall size of the resource has also increased. 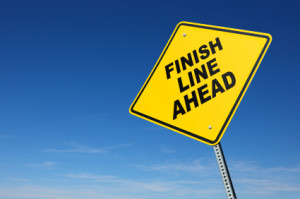 As those familiar with Energizer Resources (TSX:EGZ,OTCQX:ENZR) are no doubt aware, the company is rapidly making progress at its Madagascar-based Molo graphite project, where it hopes to start production in mid-2016.

Today the company hit what Brent Nykoliation, Energizer’s senior vice president of corporate development, described as “another key milestone” with the upgrading of a portion of Molo’s NI 43-101 mineral resource estimate to measured status. The overall size of the resource has also increased.

Explaining why the update is important, Nykoliation told Graphite Investing News, “one of the requirements of a bankable feasibility study … is to upgrade your deposit to measured status.” Doing so thus means that “the bankable is on track” to be released in November of this year.

Watch the video below to see Nykoliation elaborate further on the timeline for the Molo feasibility study.

The upgrade is also significant in that it de-risks Molo — after all, said Nykoliation, measured is the highest classification a resource can have, above probable, inferred and indicated. He added, “this adds greater confidence to the market, to the eventual partners who will be helping us fund the mine, that the Molo is indeed consistent, homogenous and maintains its significant presence.”

Energizer is certainly in an enviable position, and it will be exciting to watch what the company does moving forward. As Nykoliation concluded, “[measured status] is a rare thing indeed to have in the space.”

Editorial Disclosure: Energizer Resources is a client of the Investing News Network. This article is not paid-for content.

Energizer Resources: US Vote of Confidence for Madagascar is Good News