A recently released report by the U.S. Department of Energy (DoE) advocates the mining of locally-sourced cobalt to further reduce the dependency on the Democratic Republic of Congo for access to minerals that will help the United States in its pursuit for clean energy technologies. 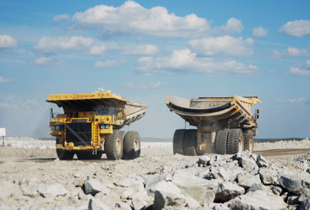 A recently released report by the U.S. Department of Energy (DoE) advocates the mining of locally-sourced cobalt to further reduce the dependency on the Democratic Republic of Congo (DRC) for access to minerals that will help the United States in its pursuit for clean energy technologies.  The 2010 Critical Materials Strategy predicts that the U.S. should be able to meet its future needs for cobalt—a key component in batteries, including those of hybrid electric vehicles (HEVs)—without relying on the DRC.

Although the United States is the world’s largest consumer of cobalt, it does not have well-established primary cobalt and nickel mining facilities, which is where the vast majority of cobalt is sourced as a byproduct. The United States has not mined cobalt since 1971 and has not refined the mineral since 1985. The DRC dominates cobalt production while presenting a high political risk as it ranks below the 10th percentile in all World Governance Indicators (WGI). About 40 percent of global cobalt mining occurs in DRC while only around 2 percent of global refining of cobalt into metal takes place in the country. As the 2010 Critical Materials Strategy report states: “Several additional pieces of information are helpful for understanding demand-supply mismatches for the United States. Import dependence and supply risks in general should be examined over the entire supply chain […] This indicates that countries importing refined cobalt can still be indirectly dependent on cobalt from DRC, a politically unstable country.”

In recent decades, the United States has been recovering very small amounts of cobalt from Missouri’s lead ore and from the mining and smelting of platinum group metals (PGMs) in Montana. Imports from at least nine other countries with significant cobalt production and reserves, secondary sources (i.e., recycled scraps and spent materials) and stock releases have been the United States’ major sources of cobalt.

Currently, several projects are under development to expand cobalt mining and production in the United States.

Formation Metal’s (TSX:FCO) Idaho Cobalt Project plans to produce cobalt as a primary product in one to two years, estimating 1,525 tons of metal over a minimum ten year mine life. The company states that the project’s output will be equivalent to 3.3 percent of global supply and will be able to provide 14.9 percent of North America’s demand. The United States is currently about 75 percent import dependent upon cobalt coming from Norway, Russia and China. Recycled cobalt from purchased scrap helped the United States meet 24 percent of its domestic consumption in 2009.

Two other U.S. projects will produce cobalt as byproducts—the Eagle Project mine in Michigan and the NorthMet Project copper-nickel-PGM mine in Minnesota.

The Eagle Project is a nickel and copper mine proposed by Kennecott Minerals Corporation, a subsidiary of Rio Tinto (NYSE:RIO), began excavation in 2010 and plans to begin production in 2013, surrounding both local support and opposition for the operation. It is expected that approximately 16,000 tons of nickel and approximately 10,000 tons of copper will be produced annually.

PolyMet (TSX: POM) is currently preparing a supplemental draft environmental impact statement for the construction and operation of its NorthMet an open pit mine.

In April 2009, the U.S. Department Defense (DoD) established a system that would identify, on an ongoing basis, those strategic and critical materials required for national security. The report recommended holding physical reserves of 13 materials (including cobalt) while continuing to monitor and study 40 other materials (including gallium, indium, tellurium and yttrium).