Global demand for cobalt is growing and not showing any signs of slowing down, but with more of the world’s supply originating from the politically volatile Democratic Republic of Congo than any other region, its performance in the market will be contingent not only on agreements between foreign companies and the Congolese government, but also on international action regarding the adverse working and environmental conditions of illegal mining operations. 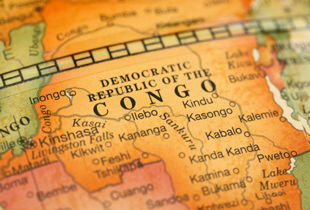 Global demand for cobalt is growing and not showing any signs of slowing down, but with more of the world’s supply originating from the politically volatile Democratic Republic of Congo (DRC) than any other region, its future market performance will be contingent not only on agreements between foreign companies and the Congolese government, but also on international action regarding the adverse working and environmental conditions of illegal mining operations.

Because cobalt is seldom found as a native metal, its production is strongly linked to the mining of parent minerals, most commonly nickel and copper. The DRC is by far the largest current producer of cobalt, particularly in the Katanga province of the Central African Copperbelt. Demand for cobalt has risen significantly in recent years due largely to its use in a variety of modern electronics, most notably as a component of rechargeable batteries used in hybrid electric vehicles.

The state-run mining company, Gecamines’ (La Generale des Carrieres et des Mines) holdings in the Copperbelt contain the world’s biggest concentrations of cobalt and copper metal in the world. Gecamines has attempted to improve its declining production figures from the Copperbelt by promoting several ailing mines and projects to foreign investors. In spite of this search for investors, the Congolese government has been selective when reviewing which foreign companies will be allowed to mine in the country.

In late December 2009, the DRC government closed Canadian-owed First Quantum  Mineral’s (TSX:FM) Kolwezi copper and cobalt project, claiming contract irregularities and production delays at the mine. The company lodged a complaint, but in late October 2010, the International Court of Arbitration in Paris sided with the DRC, making an interim decision allowing the country to sell the project.

It’s not bad news for all foreign companies mining in the DRC, as government approval can mean a big boost in stock value and activity. On October 22, 2010, the Congolese Ministry of Mining approved the Canadian Lundin Mining Corporation’s (TSX:LUN) mining contract, making the company the most traded stock on the Toronto Stock Exchange in anticipation of this announcement.

In October 2010, a trader from Standard Bank predicted cobalt prices could trend lower if large African expansion projects increase production. By the end of 2010, Africa is expected to account for 35,920 tonnes of cobalt output from 23,779 tonnes in 2009. World cobalt output this year is set to be 63,654 tonnes, up from 59,253 tonnes last year.

The London Metal Exchange began trading cobalt futures on February 22, 2010 and had a full launch on May 21, with the goal of introducing regulated exchange pricing, transparency, risk management and clearing. In this short time, cobalt prices have been quite volatile, from a low of around $37,000 per ton (16.78/lb) to a high of over $43,000 per ton ($19.50/lb).

Since the mid-1990s, eastern Congo has been home to a series of conflicts fueled by the region’s mineral riches. Almost half of the world’s cobalt originates from the DRC, and human rights campaign The Enough Project estimates that 60 percent of the minerals are mined illegally, in dangerous underground conditions, with long hours and often by child laborers. There have also been documentation of profits from these illegal mining operations being used to fund various conflicting armed groups. Companies or individuals who buy minerals benefiting illegal armed groups in Congo may face sanctions under a 2008 UN resolution that was renewed in 2009. Further complicating the issues, a large quantity of ore is exported and refined in China—the largest consumer of cobalt-containing products—without direct reporting of exactly where and under what conditions the ore was obtained.

There are cobalt mines outside of the DRC that do not pose the same ethical dilemmas in terms of documented human right issues, including producers in Finland, Canada, Western Australia and to a certain extent, Zambia. Puget Ventures’ (TSXV:PVS) Werner West Cobalt mine is one of the few cobalt resources aiming to be a primary cobalt operation. Werner West is located in Ontario, Canada and is a near-term strategic metal producer. Formation Metals Inc. (TSX:FCO) is a United States-based mining company that is putting a primary cobalt deposit into production in the state of Idaho. Altona Mining Limited (ASX:URL) is producing cobalt credits through copper mines in Western Australia and Finland.  All these companies say they aim to supply the growing demand of cobalt by developing socially responsible, non-conflict zone sources of cobalt.  There are, however, no producers outside of the DRC that currently approach the volume of production needed to meet global demand.