First Cobalt Corp. provided an update on its feasibility study to recommission and expand its Canadian cobalt refinery in partnership with Glencore AG.

First Cobalt Corp. (TSXV:FCC, OTCQX:FTSSF) (the “Company”) today provided an update on its feasibility study to recommission and expand its Canadian cobalt refinery (the “Refinery”) in partnership with Glencore AG. 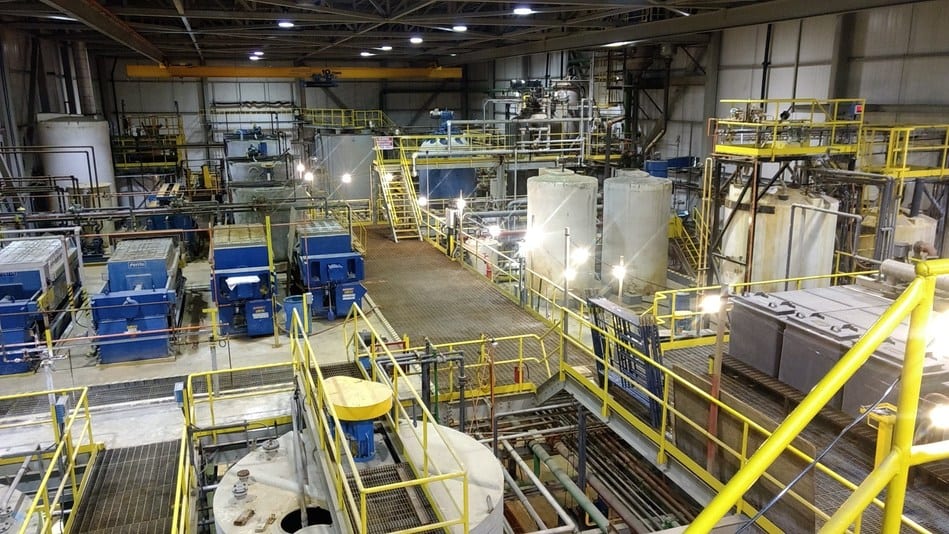 “The field work confirmed our view that the First Cobalt Refinery remains in good condition for a quick restart. Study results to date are in line with our expectations and we anticipate completing the two feasibility studies on time and under budget. With Glencore as our partner, our intention is to bring a reliable source of ethical cobalt to North America in 2020.”

“The Refinery will be an important strategic asset for the North American market and we look forward to working with First Cobalt to help the asset fulfill its potential.”

In September 2019, First Cobalt commenced engineering studies, encompassing an interim scenario for restarting the Refinery at its current capacity of 12 tpd as well as a definitive feasibility study on expanding the refinery at a throughput of approximately 55 tpd. The Company initially planned to prepare a prefeasibility level study for the 12 tpd scenario but given the field work completed to date, the confidence level could potentially reach the definitive feasibility level. A third study will examine a scenario of first restarting production at 12 tpd and subsequently increasing throughput to 55 tpd.

A scoping study released in May 2019 concluded that the First Cobalt Refinery could be expanded to 55 tpd at a capital cost of US$37.5 million. The study and supporting metallurgical test work estimated that the Refinery is capable of producing over 25,000 tonnes per year of battery-grade cobalt sulfate for the electric vehicle industry (approximately 5,000 tonnes of contained cobalt). The Company is contemplating recommissioning the Refinery in partnership with Glencore at 12 tpd in Q4 2020 and then expanding to 55 tpd in the second half of 2021.

Power was temporarily restored to the First Cobalt Refinery in October and a team of Ausenco engineers and technicians was deployed to assess the condition of virtually all equipment in the refinery. The six-week field program concluded in just four weeks and generally validated the prevailing view that most of the tanks and equipment are in serviceable condition.

First Cobalt is also considering a dry stack tailings management facility as a viable and attractive alternative to tailing impoundments for the 55 tpd operating scenario. Dry stacking or filtered tailings have a number of benefits, including a smaller environmental footprint and lower water treatment requirements. Knight Piésold completed geotechnical drilling on a potential new tailings area in First Cobalt’s 80-acre clay field to the north of the refinery complex to support feasibility-level design work.

Consultations with stakeholders and regulators are also underway. Story Environmental was retained to lead the discussions with regulatory authorities to ensure that the 12 tpd restart scenario complies with existing permits. Baseline studies are also in progress in anticipation of amending existing permits for an expansion to the 55 tpd scenario.

About the FCC Refinery

The First Cobalt Refinery is a hydrometallurgical cobalt refinery in the Canadian Cobalt Camp, north of Toronto. Testing of third-party cobalt hydroxide as a potential source of feed confirmed that the existing processes in the Refinery are capable of producing a high purity, battery grade cobalt sulfate.

With no cobalt sulfate production in North America today, the Refinery has the potential to become the first such producer for the battery market. Today, most of the world’s cobalt refining capacity is located in China, particularly the refining of cobalt sulfate for the EV market.

A final decision to put the Refinery back into production is contingent on the outcome of the feasibility study and the completion of a long-term feed supply agreement with Glencore. It is the only permitted primary cobalt refinery in North America.

First Cobalt is a North American cobalt company and owner of the only permitted primary cobalt refinery in North America. The Company is exploring a restart of the First Cobalt Refinery in Ontario, Canada, which could produce over 25,000 tonnes of cobalt sulfate per year from third party feed. First Cobalt’s main cobalt exploration project is the Iron Creek Cobalt Project in Idaho, USA, which has an inferred mineral resource estimate available on the Company’s website. The Company also controls a significant land package in the Canadian Cobalt Camp spanning over 100 km2, which contains more than 50 past producing mines.