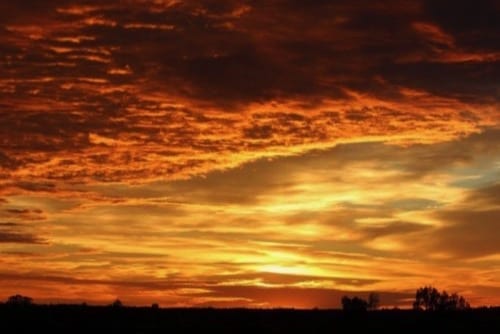 Glencore will provide feedstock for First Cobalt’s refinery, which is set to produce 2,000 to 2,500 tonnes per year of cobalt sulfate.

Shares of First Cobalt (TSXV:FCC,OTCQX:FTSSF) jumped more than 30 percent on Tuesday (May 21) after the Toronto-based company announced that mining giant Glencore (LSE:GLEN,OTC Pink:GLCNF) has agreed to support the restart of its cobalt refinery in Ontario.

Under a memorandum of understanding, top cobalt producer Glencore will provide feedstock for the refinery, which is set to produce 2,000 to 2,500 tonnes per year of cobalt sulfate.

The diversified miner will also evaluate making a loan to provide the capital required to restart the refinery, which is the only permitted primary cobalt refinery in North America.

“Our shareholders will benefit from Glencore financial backing, technical support and opportunities for regional synergies with their Sudbury and Rouyn-Noranda operations,” he added.

According to First Cobalt, the refinery could be up and running in 18 to 24 months, but a final decision on the restart has not been made and it will depend on the outcome of ongoing discussions and studies.

Once it is back online, First Cobalt’s refinery could become North America’s only producer of refined cobalt for the electric vehicle (EV) market. The refinery also has the potential to produce cobalt metal for North America’s industrial and military applications.

“You likely can’t get a more knowledgeable partner in the cobalt sector than Glencore,” Eight Capital analysts said in a note to clients, reiterating their “buy” recommendation with a C$0.95 target price.

“This deal also appears to help Glencore diversify its cobalt hydroxide deliveries beyond China, and toll milling gets it one step closer to providing refined cobalt into the US.”

Glencore’s cobalt production comes from the Democratic Republic of Congo (DRC), the world’s top-producing country, and from Australia and Canada, where the company produces cobalt as a by-product of nickel mining.

The miner produced 10,900 tonnes of cobalt in Q1 2019, up 56 percent year-on-year, with cobalt hydroxide output coming from Katanga Mining (TSX:KAT,OTC Pink:KATFF) and Mutanda Mining in the DRC.

Cobalt is an essential element in the lithium-ion batteries used to power electric cars, and security of supply has been an ongoing issue in the space for the past few years due to the increase in demand expected in the coming decades.

The US in particular has been under the spotlight in the past months, as the country has little to no control not only over the cobalt supply chain, as well as the supply chains for lithium, nickel and graphite, key EV raw materials.

Testifying to the US Senate in February this year, Benchmark Mineral Intelligence Managing Director Simon Moores said cobalt demand could increase four times by 2028, and that the US has an opportunity to develop its own domestic supply of cobalt.

“For cobalt, the US has zero mining capacity and zero chemicals capacity, whilst China controls 80 percent of this second stage,” he said.

Earlier this month, Senator Lisa Murkowski, who is the chair of the US Senate Committee on Energy and Natural Resources, introduced new legislation called the American Mineral Security Act. The bill is designed to reduce US reliance on foreign sources of battery raw materials by securing and developing the US’ own resources and supplies.

In the US, First Cobalt is currently developing the Iron Creek cobalt asset located in Idaho, but it is not anticipating that this project will provide feedstock for the refinery at this time.

The memorandum of understanding with Glencore remains subject to due diligence and definitive documentation.

At close on Tuesday, shares of First Cobalt were up 17.24 percent in Toronto.

Securities Disclosure: I, Priscila Barrera, currently hold no direct investment interest in any company mentioned in this article.

Editorial Disclosure: First Cobalt is a client of the Investing News Network. This article is not paid-for content.