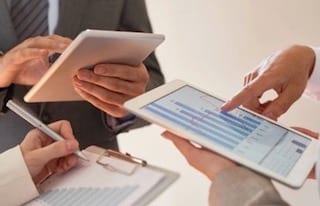 The new mining code was signed by President Joseph Kabila on March 9, despite opposition from international mining companies.

The Democratic Republic of Congo (DRC) is set to open talks on regulations to implement a new mining code that will hike taxes and royalties for cobalt and other metals this week.

Mines Minister Martin Kabwelulu told reporters on Wednesday (March 21) that the talks with major companies present in the DRC, where half the world’s cobalt is mined, will begin on Friday (March 23).

The new mining code is replacing a 2002 law that included a clause protecting miners for 10 years in the event of legislation changes, but the revised bill says the measures will be enacted immediately.

In fact, the regulations must be adopted by the government within 90 days of the code’s signing.

According to Reuters, the companies have received a work plan that divides the negotiations into six “pillars” running from March 16 to April 24. The government expects to complete a preliminary draft of the regulations by May 2.

The work plan refers only to “the guarantee of stability of the revised mining code (five years for new mining rights),” and not to protection for mining titles that existed under the previous law.

“There can be no renegotiation on any point once the code has been promulgated,” Albert Yuma, chairman of state-owned mining company Gecamines, told Bloomberg.

The new code could potentially increase taxes and royalties for cobalt, a key element in electric car batteries, from 2 percent to 10 percent if the government designates the metal as a “strategic substance.” Otherwise, royalties will increase to 3.5 percent.

“The taxes and royalties to be paid have been fixed in the code by law,” said Yuma, who participated in the March 7 meeting. “No one can any longer change or remove them, or create new ones.”

However, in a meeting before the new mining code was signed, Kabila assured companies their concerns would be discussed in follow-up negotiations.

International mining companies argue that the legislation will deter future investment in the DRC and say it violates current agreements. The government and mining companies have agreed to refrain from making comments ahead of the discussion.