The financing that Baja Mining needs to keep its Boleo project alive was expected by August 20, but has still not arrived. Baja says lenders are in talks with the unit that controls the Boleo project. 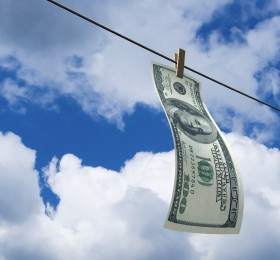 The $90 million in financing that a Korean consortium was to put towards Baja Mining’s (TSX:BAJ) 70-percent-owned Boleo copper-cobalt-zinc–manganese project in Mexico has “not yet been fully advanced,” the company said in a statement on Tuesday.

Baja shares were down about 7 percent, to 7 Canadian cents a share, Tuesday, on worries about the future of the Boleo project, which needs this money to be completed. Stock in the company, which has a market cap of $23.8 million, has been pummelled since April, when it was trading just above a dollar. Baja’s shares have fallen about 92 percent so far this year.

Baja started this year in a bitter and very public proxy fight with Mount Kellett Capital Management, a US-based investment firm that is also its biggest shareholder, with a 20 percent stake. Mount Kellett wanted to install two independent members on Baja’s board, claiming that the company needed better corporate oversight. But in early April, Baja shareholders voted 51 percent in favor of maintaining the current board.

Two weeks later, Baja shocked investors when it announced a $246 million cost overrun at Boleo, along with the resignation of three board members. The company now estimates the overrun to be around $400 million, up 34 percent from the project’s original budget of $1.168 billion.

Things went from bad to worse when one of Baja’s largest shareholders, Louis Dreyfus Commodities Metals Suisse, said it was suing Baja and demanding an investigation into cost overruns at Boleo. Louis Dreyfus also sought the removal of Baja executives and directors as well as arbitration through the British legal system. The company is providing $35 million of Baja’s project construction cost overrun facility under an irrevocable letter of credit.

In late June, Baja’s lenders agreed to a 45-day standstill for project financing to allow the company to buy more time.

Under an agreement announced on July 26, the consortium — which consists of Korea Resources, LS-Nikko Copper, Hyundai Hysco, SK Networks Company and Iljin Materials Company — committed to contributing $90 million in Stage I financing to the Boleo project by on or about August 30. The consortium acquired a 30 percent stake in Minera y Metalurgica del Boleo SA de CV (MMB) in 2008. MMB is a Baja subsidiary that controls the Boleo project.

However, as of Tuesday, the financing is nowhere near certain, as indicated in a press release issued August 21. “Baja understands that the Consortium is in discussion with MMB’s lenders,” it states.

No certainty of Boleo completion

Baja said that the consortium could provide additional funding in a Stage II round, but this funding is not committed. “[T]here is no certainty that the Boleo project will be completed, as the Consortium may elect not to complete the Stage I financing, and may determine that it does not wish to proceed with Stage II,” Baja said on July 26. The company said in June that it had enough cash to “continue its current level of critical-path activities” at Boleo until August 1.

A new standstill agreement, set up on August 7, expires on September 15.

Securities Disclosure: I, Karan Kumar, hold no positions in any of the companies mentioned in this article.