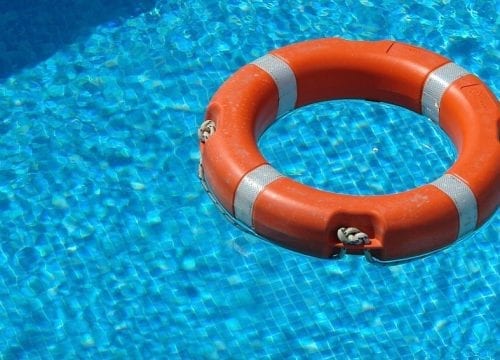 Nyrstar announced that Trafigura has extended it a US$650-million working capital facility to allow it to continue its day-to-day operations as a zinc smelter.

On Wednesday (November 21), Nyrstar announced Trafigura had extended it a US$650-million working capital facility to allow it to continue its day-to-day operations as a zinc smelter.

Nyrstar is cash-strapped and in debt, and according to Wednesday’s release, none of the US$650 million can be used to repay any debts as the company’s share price crashes.

“No amount of the new US$650 million facility can be applied to repay, refinance or otherwise redeem any of the group’s bonds or other financial indebtedness which remain within the scope of the company’s previously announced and ongoing capital structure review,” said the release.

The agreement with Trafigura, which is a 25 percent shareholder of the company, includes a US$220 million interim payment to become effective “on or about” November 21, which will be replaced and refinanced by the US$650 million facility “when it becomes effective on November 30.”

According to analysts, the need for an interim payment to cover 9 days of operations is a bad sign for liquidity at Nyrstar.

“We read a number of things from the announcement, including that the company is in a very critical liquidity position given that it is need of an interim pre-payment facility to cover just 9 days,” said ABN Amro analyst Philip Ngotho as quoted by the Financial Times.

“We believe that this has been most likely caused by Nyrstar’s supply chain becoming more cautious in its dealing with Nyrstar and more frequently asking for advance payments before supplying Nyrstar.”

According to Nyrstar, since the release of its Q3 results — which it had warned were being damaged by adverse market conditions — “the group has experienced increased working capital requirements that have had an adverse impact on its liquidity position.”

It said that “whilst the company has taken every effort to mitigate this impact, the company considered it prudent and necessary to pursue an alternative financing arrangement on an accelerated basis in order to secure the group’s funding needs,” hence the US$650 million.

Zinc is Nyrstar’s bread and butter, and the metal has not had a fantastic 2018, as the hardest-hit base metal amid the US-China trade war and market blues — it’s currently trading at US$2,696 a tonne — well down from where it started the year at US$3,375.

According to Bloomberg, today’s news is a sign that Trafigura is tightening its grip on Nyrstar, with the working capital facility secured against fixed assets such as Nyrstar’s facilities in Hobart in Tasmania and Port Pirie in South Australia, meaning that in the event of a default, Trafigura could take possession of those assets.

The government of South Australia will be very interested in Nyrstar’s future, given it’s already been embroiled in legal threats with the European company this year over the Port Pirie smelter.

South Australia agreed to underwrite a guarantee for the AU$291.25 million in external finance raised by Nyrstar for the AU$660-million redevelopment of the facility, which is one of the world’s largest lead-processing facilities and the third-largest silver producer.

Speaking to local media in the Australian state this week, CEO of Nyrstar Hilmar Rode said it was the company’s “intention” to repay the guarantee.