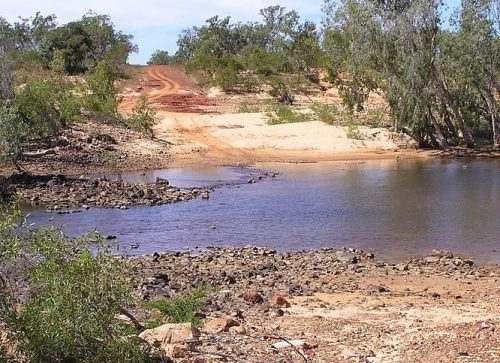 An independent report into Glencore’s McArthur River zinc mine in the Northern Territory has found it’s at risk from the nearby McArthur River, which was diverted to allow the mine to be expanded.

Glencore’s (LSE:GLEN) McArthur River zinc mine in the Northern Territory of Australia is at risk of flooding, according to an independent report released earlier this week.

Among other issues identified by the report into the McArthur River zinc mine, erosion of the diversion channel constructed to relocate the eponymous river and allow the mine to be expanded was a major concern.

“Substantial erosion is already occurring along sections of the diversion and recent risk ratings have indicated that further work is required to address this erosion risk,” said the Erias Group report, which added that stopping the river from finding a new course would be easier than dealing with any aftermath.

The river, located near the Gulf of Carpentaria in the sparsely populated Northern Territory, was diverted in 2007 to allow the huge zinc mine to be expanded. The mine has a production capacity goal of 5 million tonnes of ore per year.

The report also noted that besides erosion occurring at the diversion channel, the risk of the river diverting upstream from the works “should be noted as a substantial risk with potential impacts to diversion stability and the integrity of the mine levee wall.”

“If this occurs it is likely that movement of the channel will occur reasonably rapidly with the channel likely to migrate into the old McArthur River channel.”

The report said that negative effects on the mine levee due to erosion were “likely” in the medium-term and “almost certain” in the long-term unless more work was done to mitigate the risk.

McArthur River has had a number of environmental criticisms levied at it since 2013, when reactive waste rock from the mine began burning and emitting sulfur dioxide into the surrounding environment.

In 2017, the operator of the mine, McArthur River Mine (MRM) quietly admitted in an environmental impact statement that it had mistakenly dumped 14,000 tonnes of reactive waste rock in the wrong place, which then combusted and was not removed.

Other issues identified in the report this week by government-appointed independent monitor David Browne were long-term management of waste rock, seepage from tailings, dust from haulage, water quality downstream and metals in the surrounding fauna.

It also reported declining groundwater quality near the mine, for which the source of contamination has yet to be found.

The report said there was significant improvements in environmental management at the mine since the independent monitoring program began as a result of environmental concerns in 2013.

Some improvements were in data collection and monitoring of sites, understanding of the chemistry of waste rock from the mine, design of tailings facilities and the company’s internal understanding of risk.

The report said that MRM’s management style and integrated approach to different environmental factors throughout the mining process was endorsed by the independent monitor, saying that its new understanding was “an approach that was not evident five years ago” when the tailings dump started burning.

The report was the last of five reports into the McArthur River mine.