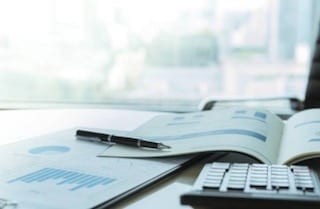 Arizona Mining has released a new preliminary economic assessment for its Taylor zinc-lead-silver deposit, located at its Hermosa project in Arizona.

Arizona Mining (TSX:AZ) published an updated preliminary economic assessment (PEA) for its Taylor zinc-lead-silver sulfide deposit.
The Tuesday (January 16) report supports the company’s goal of achieving first mineralized material to plant from a proposed 10,000-tonne-per-day operation in 2020.
During its first five years of production, Taylor is expected to reach average annual zinc equivalent production of 946 million pounds; that would make it one of the world’s five top producers of zinc equivalent.
The company says average annual silver production in concentrate for the same period is pegged at 9.5 million ounces, up 51 percent from the previous estimate.


Give me my free report!
“The updated PEA illustrates a world-class project, with all key financial metrics improved relative to the previous study, and will be one of the world’s largest zinc resources as well as a top 5 zinc equivalent producer,” said Tom Whelan, chief financial officer at Arizona Mining.
As part of the update, the company completed an additional 71,000 meters of drilling last year, which led to a 39-percent increase in Taylor’s measured and indicated mineral resources. Despite the increase, Arizona Mining was able to maintain the project’s zinc equivalent grade.
“That tells us we have yet to identify the outer limits of the deposit — this is what excites me most about the project,” said company President and CEO Jim Gowans.
The study indicates an after-tax NPV of $2 billion, up 57 percent compared to the previous PEA. The report also shows an improved after-tax IRR of 48 percent; that’s 6 percent higher than the 2017 study. In addition, the updated PEA for Taylor, which is located at the company’s Hermosa project in Arizona, shows a 10-year increase in mine life to 29 years.
“We remain well funded to execute our 2018 objectives. The next key milestones are to deliver the feasibility study for the Taylor project by mid-year and begin the exploration decline by the third quarter,” Gowans added.
On Wednesday (January 17), shares of Arizona Mining closed up 5.72 percent, at C$4.53. The company’s share price has been surging recently, and is up more than 30 percent year-to-date.
Don’t forget to follow us @INN_Resource for real-time news updates!
Securities Disclosure: I, Priscila Barrera, hold no direct investment interest in any company mentioned in this article.