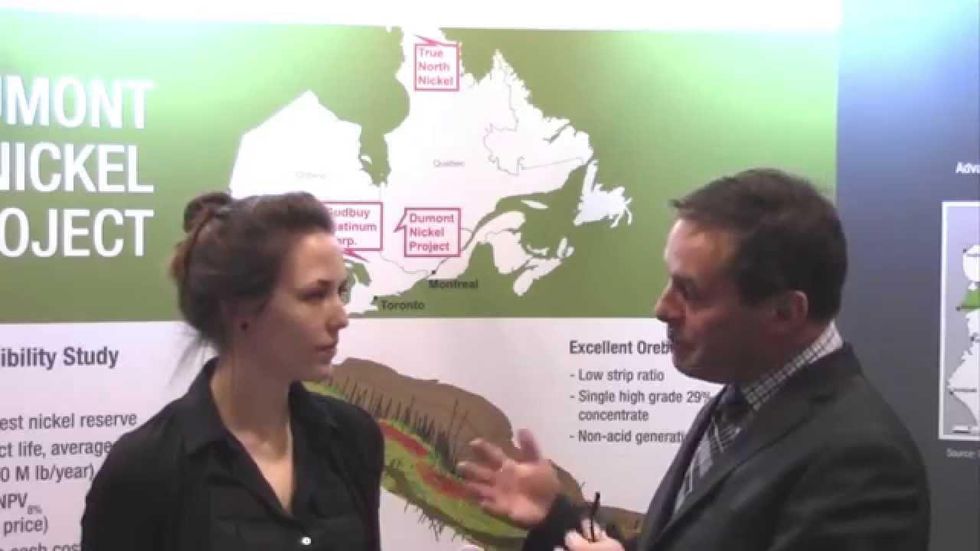 “Our belief is this year is the turn in the [nickel] market, and then we’re going to head into a multi-year structural shortfall in supply,” Selby told Resource Investing News at PDAC.

At last week’s PDAC conference, Resource Investing News had the chance to speak with CEOs and thought leaders from a variety of sectors. In the nickel space, one standout was Mark Selby, president and CEO of Royal Nickel (TSX:RNX). The company is focused on developing its Quebec-based Dumont nickel project, which it says is one of the largest nickel sulfide deposits in the world.

In the interview below, Selby goes over what’s going on in the nickel market as a whole, particularly with regards to the expected deficit. “Our belief is this year is the turn in the market, and then we’re going to head into a multi-year structural shortfall in supply,” he states. He also touches on the situation in Indonesia, noting that nickel will eventually have to come out of that country to balance the coming supply-demand imbalance.

To close, Selby discusses what’s going on with nickel demand and gives an idea of what Royal Nickel will be up to in 2015. “We should have permits within a month or so, and with financing could start construction,” he said, adding that he joined the company five years ago in anticipation of the structural shortfall that’s now about to hit the market.

Watch the video below for more of Selby’s thoughts.