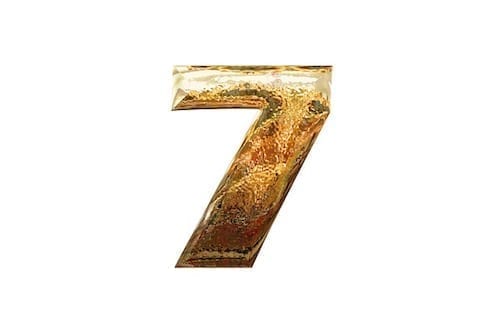 The lead price performed well in 2017. China produced the most of the metal, but six other countries also produced notable amounts.

The lead price performed well for much of 2017, hitting a six-year high. However, despite positive predictions it’s put on an underwhelming performance in 2018.

According to the latest report on lead from the US Geological Survey, the base metal‘s average LME price for the first 10 months of 2017 was $1.04 per pound, 27 percent more than the same period in 2016.

The lead price reached a high of $1.22 per pound in October 2017, marking a height in price not seen since 2011. This was due to increased demand for refined lead and tightness in supply, as per the US Geological Survey. However, as of late 2018 the lead price was sitting below $0.90.

Regardless of movement in the lead price, it’s worth looking at the world’s top producers of lead. Last year, China produced the most of the metal, though a number of other countries also put out significant amounts. Without further ado, here’s a look at the seven top lead-producing countries of 2017, as per US Geological Survey data.

China produced 2.4 million MT of lead last year, up slightly from its 2016 output of 2.34 million MT. Interestingly, the increase came even as the country suffered mine and smelter closures.

According to Reuters, those ongoing shutdowns across China contributed to the lead price rise at the end of 2017, and production of the metal is expected to fall further in the future due to pollution problems and environmental inspections. Stockpiles have been dwindling as a result, and production numbers could be lower in 2018.

Next on the list is Australia, whose 2017 lead production of 450,000 MT pales in comparison to China’s output. Australia put out roughly the same amount in 2016. Like China, Australia faced lead and zinc mine closures in 2016, and yet production remained the same the following year.

In November 2018, Rosslyn Hill Mining, a subsidiary of privately owned LeadFx, received environmental approval for its Paroo Station mine from Western Australia’s state government. This operation was placed on care and maintenance in 2015 due to low lead prices; with production ramping up again Australia’s output could see a bump.

Lead production dropped again in the US in 2017. Last year, mine production totaled 313,000 MT, which is down from 346,000 MT in 2016. According to the US Geological Survey, production fell by about 10 percent. Despite the lead price climbing, production in the US was down in 2017 in all four states where production is carried out.

A strike beginning in March 2017 at Hecla Mining’s (NYSE:HL) Lucky Friday mine in Idaho reduced production by as much as 90 percent. Well over a year later, the strike still continues; according to Hecla’s website, a limited amount of lead production is being carried out by salaried staff.

Also in the US, Aqua Metals (NASDAQ:AQMS) has a lead refinery in Nevada, lending to increased lead recycling in the country. The company calls itself the “world’s only clean battery recycling company,” and has a closed-loop system to keep its environmental footprint at a minimum.

Peru also saw a reduction in lead production in 2017. Last year, the country produced 300,000 MT of lead, while 2016 production totaled 314,000 MT. Zinc-focused base metals miner Trevali Mining (TSX:TV) is one company producing lead in Peru. The company’s lead guidance for the year across its operations is between 18,000 and 19,330 tonnes.

Last year, Russia beat out Mexico for the fifth place on the list. Unlike the countries mentioned above, Russia’s lead production remained unchanged from 2016 to 2017 at 250,000 MT. There is not much public information regarding the country’s lead production.

In Mexico, lead production came in at 230,000 MT last year, down slightly from 2016 production of 232,000 MT. Excellon Resources (TSX:EXN) operates the La Platosa mine in Mexico, which exploits high-grade silver, lead and zinc manto deposits.

What’s next for the lead price? Will the base metal see a turnaround in 2019?

Editorial Disclosure: Trevali Mining is a client of the Investing News Network. This article is not paid-for content.

One response to “7 Top Lead-producing Countries”