In the recent base metals slide, lead has earned the illustrious title “worst performer on the London Metal Exchange.” Despite this moniker, analysts are confident that the metal will rebound by the end of the year. 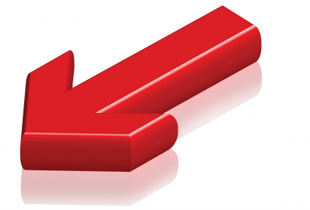 In the recent base metals slide, lead has earned the illustrious title “worst performer on the London Metal Exchange.”  Despite this moniker, analysts are confident that the metal will rebound by the end of the year.  This will be a welcome relief, considering the metal has recorded year to date losses of 29.5 percent, enough to have it beat out zinc, to win the title of worst performer on the LME.

At the same time, lead stockpiles have been on the steady increase. Lead stocks registered with the LME ended last week at 193,000 tonnes, up 46,225 tonnes or 31.5 percent on the start of the year, and the highest level seen since late 2002. LME cancelled tonnage currently stands at 19,025 tonnes, equivalent to almost 10 percent of total registered stocks.

According to analysts, lead market fundamentals are robust.  “We have strong demand being driven by China with a strong rise in industrial production and in motor vehicles and e-bike uses” Mr. Christopher Ecclestone of Hallgarten & Company. He believes that COMEX lead could be back above US $1 per lb by the end of the year, supported by opportunistic Chinese stockpiling and a desire by the Chinese to ensure that foreign miners stay in operation to provide them with fairly reliable supplies.

Teck Resources has decided to begin preparing the Aqqaluk zinc-lead-silver deposit for mining scheduled to begin late this year.  The Red Dog mine has been threatened with a shut-down by the EPA due to its environmental impact. After lengthy discussions with the U.S. Environmental Protection Agency and a comprehensive review of its operating plans for the zinc-lead mine, despite the fact that an unachievable dissolved solids limit is still in place, Teck decided to move ahead with Aqqaluk development in order to avoid shuttering the mine by the end of the year due to dwindling supplies of ore in the Main Pit, the deposit the company has been mining for the past two decades. Teck was never able to meet the 1998 limits set for total dissolved solids due to the calcium needed to precipitate the metals out of the water during the treatment process.