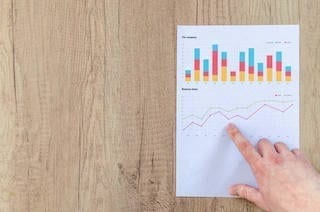 Vale said it produced a record 95.1 million tonnes of iron ore in Q3 2017, and attributed the gain to the ramp up of its S11D mine.

Vale (NYSE:VALE) produced a record 95.1 million tonnes (Mt) of iron ore in Q3, 3.3 Mt higher than the year-ago period.
In a Thursday (October 19) press release, the company attributed the gain to the ramp up of its S11D mine, which is part of its Northern System operations, along with the Carajas and Sierra Leste mines in the Brazilian state of Para. The firm said that as a whole the unit achieved a quarterly output record of 45 Mt in Q3, which is 16.4 percent higher than Q3 2016.
Higher production from the Northern System operations also boosted iron ore and pellet shipments. Vale said shipments from Brazil and Argentina totaled 86 Mt in Q3, up 1.7 Mt year-on-year and up 9 Mt from the previous quarter. Sales volumes were lower than production volumes over the quarter, but the unit’s sales/production ratio was higher than in Q2 2017.


Give me my free report!
According to Vale, iron ore production will be within the lower end of its 2017 guidance of 360 to 380 Mt; however, the company reaffirmed its long-term base-case target of 400 Mt of total production per year. Earlier this year, Vale said S11D is expected to reach its full capacity of 90 Mt per year in 2018.

As the company released its Q3 results, it also announced that it has laid off 21 employees at its operations in Sudbury, Ontario.
Earlier this year, Vale announced that it would shut down its Stobie mine in Sudbury by the end of 2017. Spokeswoman Angie Robson said the mine had become uneconomical due in part to low nickel prices.
“There’s very low grades (of nickel) left there,” she said, adding, “[w]e’ve got low volumes and also low grades … At current prices, it’s uneconomical to mine there.” Should nickel prices improve substantially and it becomes economical again, it (re-opening) wouldn’t be out of the realm of possibility.”
Vale employs over 4,000 workers and operates five mines in Sudbury in addition to a mill, smelter and refinery. Minerals mined include: nickel, copper, cobalt, platinum-group metals, gold and silver.
Robson said the firm took “significant steps” to reduce the impact on workers, and explained that originally 280 surplus employees were identified. “However, through the displacement of contractors, natural attrition, offer of a retirement incentive and deployment of underground miners to the Copper Cliff Mine Project, we were able to reduce this number significantly,” she noted.
United Steelworkers Local President Rick Bertrand said the union plans to fight the layoffs.
The company launched a review of its underperforming assets earlier this year, and is reportedly searching for a partner to invest in its nickel operations in New Caledonia as well.
Don’t forget to follow us @INN_Resource for real-time news updates!
Securities Disclosure: I, Melissa Shaw, hold no direct investment interest in any company mentioned in this article.