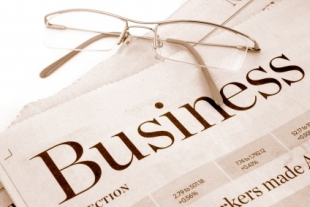 The Sundance Resources (ASX:SDL) saga took an unusual turn last week with a A$40 million cash injection via unsecured convertible notes, from Ukrainian mining billionaire Gennadiy Bogolyubov. The deal comes with attached options, which if exercised could give Bogolyubov an 18% stake in the company. The funds will be used for general corporate purposes as the company progresses toward the development of its large Mbalam-Nabeba iron ore project in West Africa.

This is the second A$40 million capital raising in less than 12 months, following an earlier similarly sized convertible note issued in October 2013, half of which was taken up by major commodity trader Noble Group. Prior to this raising, at the end of the June quarter, Sundance had only A$14.3 million in cash, and had been consistently operating at a burn rate of near A$4 million per month. Removal of near term cash issues provided some minor support to the share price, lifting slightly to A$0.087, however it still lags marginally below where it was when the project was discovered in late 2008, despite several hundred million dollars having been spent since, and significantly below its January 2011 peak of A$0.60

The longer term questions however now remain that of how the $5 billion project will be funded, and given the emergence of Bogolyubov on the share register, who will ultimately own it.

Sundance has had checkered and tragic history since first discovering high grade DSO quality iron ore straddling the border between Cameroon and the Republic of Congo (as distinct from the neighboring Democratic Republic of Congo) in late 2008.

Sundance’s DSO resources are substantial at 775Mt @ 57.2% Fe, including reserves of 436Mt @ 62.6% Fe.  In addition there are over 4 billion tonnes of underlying lower grade Itabirite resources at 36.3% Fe that could form the basis of a later second stage project.

The DSO material is high quality, offering the promise of a low cost, high quality sinter feed product, however its location is problematic. Not only is the area remote, heavily forested and with not even basic infrastructure, but the total tonnage of DSO is divided between two primary deposits, the Mbalam deposit in Cameroon, and the larger Nabeba deposit 70 km south in the Republic of Congo. Transport was always going to be the primary challenge.

The Mbalam deposit in Cameroon is the smaller of the two, too small to bear the capital cost of its own rail line. In contrast, the Nabeba deposit in Congo is larger, however the Congo route to the coast is over twice the distance of the Cameroon option, and so similarly uneconomic. Therefore combining the two projects with a Cameroon rail and port was the only realistically feasible option, but one that was politically unpopular.

Both countries at first pushed for their own rail lines, not only for iron ore, but to open up vast areas of their impoverished interiors to other development opportunities. In addition, the picture was complicated by lobbying from smaller companies with lesser projects on or near the planned transport route, arguing that their projects were too small to bear the cost of transport infrastructure, but could be developed if third party rail was available.

Political issues seem to have eventually been resolved with conventions and approvals signed through 2013 into 2014, however the issue now is that of economics and ownership.

The deposits were first identified in late 2008, with resource drilling being carried out into 2010. But the company then suffered a tragedy in June 2010 when most of its board of directors and its largest investor Ken Talbot, perished in an aircraft crash in Congo while traveling to visit the project.

The management was gradually rebuilt, but the accident paved the way for Chinese trading house Sichuan Hanlong Group to enter the scene by purchasing the Talbot stake. In October 2011, Hanlong agreed to buy 100% of Sundance’s shares at A$0.57 per share, valuing the company at A$1.65 billion. The deal however was not without strings; despite being a private company, Hanlong was required to obtain numerous funding guarantees from Chinese banks and thus by proxy, the Chinese Government, before the deal would be ratified. Sundance then had effectively taken itself out of play for other potential suitors, but had left the door open for Hanlong to renegotiate

What then followed was 30 months of near farce. Hanlong missed deadline after deadline, and on every occasion, with Sundance in turn submitting to all requests for extensions or waiving of conditions. Time dragged on, Sundance’s finances were drained and predictably the takeover offer was revised downward to A$0.45 per share, before eventually collapsing entirely in April 2013.

The Mbalam-Nabeba project was probably too small to appeal to the majors, however during late 2012, it was widely rumored that Xstrata had been running the numbers for a possible deal. Xstrata already had a significant iron ore presence in Congo via its troubled Xanaga project and with its sister company Glencore (LSE:GLEN) holding a 20% stake in the Avima iron ore project immediately to the west of Nabeba, there were some obvious synergies. The timing however was not ideal as the protracted Xtrata/Glenore merger prevented any assets being added to the mix during the process, and so no offer was forthcoming.

With few remaining equity options, Sundance looked to its offtake and sourced funds from trading house Noble Group in exchange for an option over marketing rights to production, which was then formalised in mid 2014.

And now this latest funding deal.

For a company with a market cap of A$250m and little cash, funding a capital project of A$5 billion presents challenges, but also options. Sundance however seems to have made a series of strategic decisions almost intentionally designed to limit its options.  It now seems in effect to have been carved up. Hanlong can’t increase its stake due to issues in China, and is more than likely a seller at the right price. Noble doesn’t need to increase its stake as it now has the off-take which is all it really ever wanted and so would also possibly be a seller at the right price. While it’s new partner Bogolyubov already has established mining businesses in Africa and Australia, a stated desire to build a mining empire and now sitting alongside two large shareholders who are likely sellers at the right price.

Sundance has made great strides of late in moving this complex project forward, for which it deserves credit. But its extraction of shareholder value from a high quality project seems open to question.

Securities Disclosure: Brad George holds no investment interest in any of the companies mentioned.

Brad George is a geologist by trade, and has spent over 25 years working in the mining industry around the world in a variety of capacities. Primarily focused on exploration, Brad has gained extensive experience in iron ore, base metals and gold on five continents. He has extensive experience in the management of public resource companies.

Upon completing an MBA, Brad spent several years in London as a partner in a boutique brokerage house, developing a franchise as a rated mining and metals analyst. Brad now resides in Perth, Western Australia.