Iron ore has finally started to pick up after what seemed like an endless stretch of bad news. While it seemed that the industries biggest producers had no intention of slowing down their production in an attempt to muscle out the smaller companies, they are finally starting to let up a little and it’s already beginning to show in the price. The price gains on Tuesday have been mainly attributed to an increase in China’s demand for high-grade cargoes, which in turn, reduced stockpiles of the raw material at its ports to the lowest level since February. 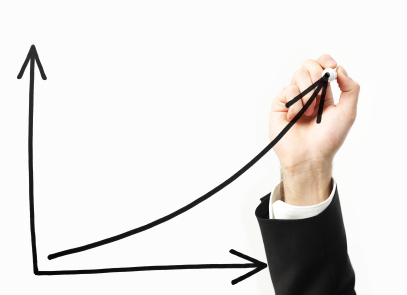 Iron ore has finally started to pick up after what seemed like an endless stretch of bad news.

While it seemed that the industry’s biggest producers had no intention of slowing down their production in what many have billed as an attempt to muscle out smaller companies, they are finally starting to let up a little and it’s already beginning to show in the price.

On Tuesday, benchmark iron ore for immediate delivery to the port of Tianjin was trading at US$57.80 a tonne, up 2.8 per cent from its prior close of US$56.20 per tonne.

The iron price first saw a boost in late April after BHP Billiton (ASX:BHP,NYSE:BHP,LSE:BLT) decided to slow down expansion plans at its Inner Harbour Debottlenecking project. That was then halted last Thursday, as a two-day tumble saw the space get a much-needed reality check.

However, April still saw a 9.5 percent increase for the iron price. And now that Vale (NYSE:VALE), the world’s biggest iron producer, has followed suit by reducing its forecasted iron production by up to 30 million tonnes over the next two years, the supply-demand scale may balance itself out once again.

Price gains seen on Tuesday have mainly been attributed to an increase in China’s demand for high-grade cargoes. In turn, that demand has reduced stockpiles of the raw material at Chinese ports to the lowest level since February.

The increase in demand from China is in line with predictions from Australia & New Zealand Banking Group, who told Bloomberg last week that, ”[m]arket participants are expecting prices to continue to rise in the coming days.”

Morgan Stanley was on the same page, noting in a report last week that the rally was likely driven by mills in China restocking and said prices will likely peak mid-year, although the firm’s overall price forecast remained unchanged.

According to Reuters, the global iron market will be keeping its eye on Rio Tinto following Vale’s decision to cut its production forecast. However, the company’s CEO Sam Walsh has shot down any speculation of slowdowns from the company.

Still, Morgan Stanley analyst Tom Price said that Vale’s decision to reduce its forecast is imperative as it’s “the first time the company had publicly recognized that a supply-side response was required.”

“Competitive supply growth in this market appears to be ending. This creates upside risk for prices,” Price told Reuters, stating that big suppliers can heavily influence prices if they make significant changes to their production rates. It still remains to be seen whether Rio Tinto (ASX:RIO,NYSE:RIO,LSE:RIO) will follow its peers, as CEO Andrew Harding defended the company’s expansion strategy just last week in a Financial Review article, saying that he was “very surprised” that critics found the expansion to be a problem.

On the other hand, there was also news that former Rio Tinto CEO Tom Albanese’s new company Vedanta Resources (LSE:VED) is looking to restart iron ore production in India as soon as October of this year after the country cut export duties on lower-grades of the metal last week.

Certainly, while there’s still some hesitation as to whether the iron ore price could be seeing a true turnaround, it’s encouraging to see some positive signs.

Iron Ore Price Up on News BHP Will Slow Expansion

US to Sell Rare Earths to China Under Trade Deal
Platinum Price Hits 2 Year High, Moves Past US$1,000
Australian Resources Industry Digs Deep for Bushfire Recovery
A Guide to Investing in CBD Stocks on the ASX