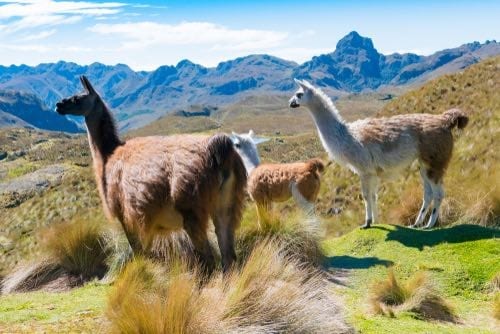 Speaking with the Investing News Network on August 14, Remi Piet talked about challenges facing mining in Peru, Ecuador and Colombia.

Mining jurisdictions throughout the Andes are up against some challenges in 2019, though according to Remi Piet, none of them are insurmountable.

Piet, who is senior director at Americas Market Intelligence, told the Investing News Network that mining companies operating in South America would do well to develop closer ties to local communities.

“Mining companies should focus attention on creating sound alliances with communities,” he said, adding that getting communities to the table to sign agreements is not enough.

In an interview on August 14, Piet talked about challenges faced by projects and operations in Peru, opposition among communities in Ecuador and grandstanding by politicians in Colombia.

On Peru, Piet discussed the troubles facing the long-suffering Tia Maria copper project owned by Southern Copper (NYSE:SCCO), which had its construction license suspended again earlier this month after community backlash against the project.

It has now been in limbo for over a decade, with a decision on its future set to take months.

“What we’re seeing is a negative impact and influence from this ongoing situation on other operating sites, even if they are fairly well managed,” said Piet. He noted that while Quellaveco is a well-managed and well-run operation, anti-mining organizations are taking a stand against the industry and are spilling over from blocking proposed operations to disrupting existing ones.

Piet gave his thoughts on how companies can work to prevent their operations from suffering.

“There are companies that know how to go beyond the window dressing of (corporate social responsibility) on their website and actually really engage with communities around the key concept of value creation. Investment in this field is not very high, but the return on it is extremely important.”

Piet also talked about developments on anti-mining votes in Ecuador, where he said challenges to mining are a natural process as the country is a relatively young mining jurisdiction.

Finally, in Colombia the outgoing governor of Antioquia has taken antagonistic stances against mining in the lead up to October regional elections.

Piet said that while that country has a long history of mining, attitudes towards precious metals are difficult due to a history of money laundering activities and corruption.

Listen to the full interview above for Piet’s thoughts on developments in Peru, Colombia and Ecuador.