After a volatile day, US Copper closed up 2 per cent on Tuesday; as optimism about demand from China combined with confidence from international investors to compensate for a rising greenback and increasing stockpiles. 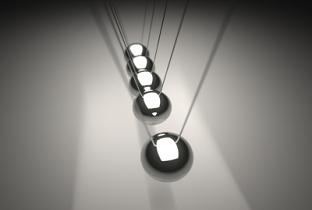 After a volatile day, US Copper closed up 2 per cent on Tuesday;  as optimism about demand from China combined with confidence from international investors to compensate for a rising greenback and increasing stockpiles.

Worries about demand from China have been weighing on copper prices for the past week. Last Monday, China’s central bank said it would curb a record expansion in lending and sold three-month bills at a higher interest rate. This week, the bank lifted auction yield on one-year bills for a second week in a row.  Unlike last weeks’ response, this week investors had mixed opinions on the long-term implications the move would have on demand for metals.  All eyes are looking ahead to Thursday’s release of detailed Chinese trade data and industrial output figures.

The new president of Chile, Sebastian Pinera plans major changes for Chile’s state copper giant Codelco. Pinera will keep the company state-owned, while at the same time, he plans to bring in fresh capital and boost productivity.   This is a change in plans from the start of Pinera’s election campaign when he proposed selling up to 20 per cent of Codelco.  Now, Pinera wants fresh capital to come from the state, for the retention of profits.

Capital will be used to increase exploration, extract known reserves and improve technology.

After seven years of delays, Kennecott Eagle Minerals Company a subsidiary of Rio Tinto has received the go ahead to begin construction of a nickel and copper mine in Michigan. The delay was over concerns about the environmental impact of the mine, as well as disturbance to nearby sacred site. Kennecott is also planning to refurbish a former iron ore mill in nearby Humboldt (to support the activities of the new mine).

After long negotiations, the world’s largest mining company, BHP Billiton Ltd, won a 38 per cent cut in 2010 copper processing fees from some major smelters in Japan and China.  Offering cuts are Mitsubishi Materials Corp, Pan Pacific Copper Co, and Jiangxi Copper Co, China’s biggest producer of the metal. Copper prices have risen nearly 140 per cent over the past year, as China’s imports of the red metal rose to a record.

Typically, when the volume of material moved increases, smelters decrease the amount they charge to turn concentrate into metal in efforts to compete for business.  Last month, Freeport-McMoRan Copper & Gold Inc also revised processing prices with the smelters.