In early trade Tuesday, better than expected US home data buoyed copper on the COMEX after dipping for four straight sessions. But, the ascent was just a blip with the upside being limited by a lack of positive economic indicators. 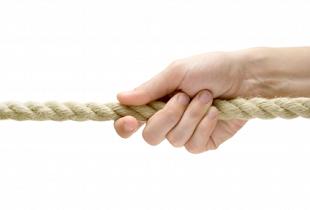 In early trade Tuesday, better than expected US home data buoyed copper on the COMEX after dipping for four straight sessions. But, the ascent was just a blip with the upside being limited by a lack of positive economic indicators.

The metal’s upside is largely being limited by Chinese demand concerns.  In 2009, China’s aggressive stimulus programs were largely responsible for copper’s swift rebound; but as the nation has taken steps to tighten monetary supply analysts have been left wondering what is next for the red metal.

Last week, the market anticipated February trade data out of China. Surprisingly, the data was palatable. China’s refined copper imports in February rose 12 percent on the month to 220,530 tonnes.  However, inflation reports were not so rosy.  In February, the nation’s inflation hit the highest point witnessed in 16 months.  This has traders wondering how much more tightly the government will clamp down on monetary policy.

Dropping crude prices and a strengthening greenback reduced the metal’s appeal as a hedge against inflation; and the failure of the EU to come up with a solution for debt-embattled Greece also contributed to copper’s four day slump. Europe’s stalemate over possible aid for Greece deepened as European Central Bank President Jean-Claude Trichet spoke out against offering low-interest loans that the Greek government has requested.

Rising global interest rates, uncertainty over a stable Euro-zone, tight credit, and an erratic dollar have all added up to keep the metal range-bound.  Many analysts insist that without a significant force to drive the metal in one direction or another range-bound will be the story for the coming months.

Ivanhoe Mines has closed its private placement with Rio Tinto.  Announced on March 1, the private placement involved the issue of 15 million common shares to Rio Tinto, at a price of CDN $16.31 per share.  Total gross proceeds of the offering were CDN $244.7 million.  The funds will be used to purchase mining and milling equipment for Ivanhoe’s Oyu Tolgoi copper-gold mining complex in Mongolia. With the completion of this transaction, Rio Tinto has increased its ownership in Ivanhoe Mines from 19.6 percent to 22.4 percent. Rio Tinto holds rights to subscribe for common shares from Ivanhoe’s treasury and also to make purchases on the open market that could increase Rio Tinto’s stake in Ivanhoe to up to 46.6 percent during the next 19 months.

In a step to gain control of copper and nickel mines in Canada, Quadra Mining Ltd. is set to buy FNX Mining Co. The transaction is valued at about C$1.69 Billion, or C$15.12 based on Monday’s closing price. Quadra shareholders will control 52 percent of the combined company, to be called Quadra FNX Mining Ltd., and FNX holders will own the remainder, the companies said. Quadra, based in Vancouver, owns mines in Nevada, Arizona and northern Chile. Toronto-based FNX owns copper and nickel mines in Sudbury, Ontario and sells ore to Vale SA’s neighboring mills.

Without any explanation, Grupo Mexico shut down its copper smelter in San Luis Potosi, Mexico.  The smelter, operated by subsidiary Southern Copper Corp, had an annual capacity of 230,000 tonnes per year. The smelter had been in operation since 1925.  All 300 workers at the smelter have been laid off.