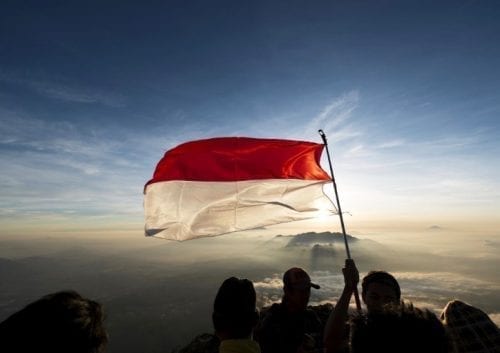 Grasberg, the second-largest copper mine in the world, has come under government control, with Jakarta securing a $3.85-billion deal with operator Freeport-McMoRan.

Indonesia and global miners Freeport-McMoRan (NYSE:FCX) and Rio Tinto (ASX:RIO,NYSE:RIO,LSE:RIO) have hammered out a deal that resolves more than a year of anxiety of the future of the mammoth Grasberg copper mine — the world’s second-largest.

In a press release on Thursday (September 27), the Indonesian ministry of Energy and Mineral Resources revealed that state-controlled Inalum would become the majority owner of Grasberg by paying US$3.85 billion to Freeport and its joint venture partner Rio Tinto before the end of 2018, with the agreement signed by government officials and Freeport CEO Richard Adkerson.

For that sum, the Inalum’s share in the mine would increase from 9.36 percent to 51.23 percent, with the company paying US$3.5 billion to Rio for the entirety of its shares, and US$350 million to Freeport-McMoRan, which will reduce its ownership to 48.77 percent, but remain operator.

The agreement signed is the same as the non-binding heads of agreement signed between the three parties back in July, when Freeport and Rio indicated there were more negotiations on other matters such as environmental regulations to come.

Negotiations were able to proceed, despite there being no definitive solutions for the government’s environmental regulations, which have made Freeport’s shares plummet in the past.

In the release, the Minister for Environment and Forestry Siti Nurabaya revealed that Freeport was “preparing a roadmap for handling environmental problems” under the watchful eye of the government.

Jakarta also highlighted that under the new deal, the regional province of Papua would wind up owning 10 percent of the mine, which sits within the province.

The Indonesia Minister for State-Owned Enterprises Rini Soemarno said in the release that the arrangement would allow Papuans to benefit from the continued operations of the mine, which with control now signed over to Indonesia, has been given an operating permit that takes its operations out to 2041.

Energy and Mineral Resources Minister Ignasius Jonan said that the new permit “is the government’s commitment in maintaining the investment climate so as to provide certainty and security to foreign investors to invest in Indonesia.”

Not everyone’s buying the commitment though, Independent Speculator Lobo Tiggre told the Investing News Network that government control of vital projects like Grasberg did not bode well for the project’s future.

“Any time a business operates on any other basis than pure pursuit of business goals, it’s bad for the business,” said Tiggre.

“A state-owned enterprise always has other directives besides pure business goals. Often, this involves make-work job programs and other government agendas that have nothing to do with what’s good for the business.

“I project political goals diluting business goals, and deteriorating performance of the mine over time.”

Freeport’s 48.77-percent ownership and continued operation of the mine doesn’t mean the company can push back against government directives either, said Tiggre.

“Majority ownership is ownership. The owner is the boss.”

He said that investors would see the arrangement with Jakarta as a resolution to the conflict though, with Freeport stepping away from the prospect of losing the project entirely.

“Holding on to part of the mine is better than losing all of it (or all of its output).”

You can read more on Lobo Tiggre’s thoughts on the dangers of investing in jurisdictions all over the world in part 3 of INN’s series on risk in investing.

It’s not all politics though — the mine is already facing a turbulent near future when it comes to production, with Freeport revealing in its quarterly report in July that copper production could be “significantly lower” as it transitions the mine from an open pit to underground operations.