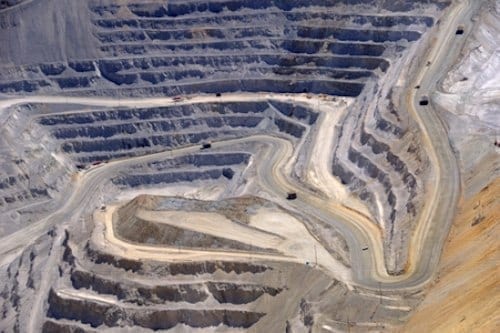 There is no such thing as a sure bet with the stock market — as investors well know. Against a backdrop of fluctuating metals prices, diversified VMS deposits may look more attractive than ever.

There is no such thing as a sure bet with the stock market — as investors well know. Against a backdrop of fluctuating metals prices, volcanogenic massive sulfide (VMS) deposits may look more attractive than ever.

That’s thanks to their polymetallic content. Often containing copper, zinc, lead, silver and gold, VMS deposits can potentially offer resource investors some cushion when it comes to the rise and fall of individual metals. If it’s a rough year for copper prices, for example, profits off zinc or gold might still help a VMS deposit company’s stock soar.

Furthermore, VMS deposits are an opportunity to buy into both the precious and base metals markets — two very different landscapes. The latter tends to be driven by commodities markets, while precious metals like gold and silver are often seen as safe-haven investments. The principle of diversification, then, seems built into a VMS deposit itself.

Not only that, VMS deposits can often be long-term producers. “They go on and on and on, with stacked layers of mineralization over large distances,” Ralph Shearing, president of Telson Mining (TSXV:TSN,OTCBB:SOHFF,FWB:TSGN), told the Investing News Network (INN). “Some of these deposits have been producing for 50 years plus.”

In part, that long production run owes to how VMS deposits are formed. Most are found on old sea floors, the result of thousands of years of volcanic activity. Look for so-called “black smokers,” and you could find a growing VMS deposit. The dark, cloudy expulsions are hydrothermal fluids vented from the sea floor … and they’re rife with both base- and precious metals-rich fluids, leached from the rock.

The plumes from black smokers precipitate the metals upon contact with seawater, settling the mineral-rich sediments over the ocean floor, eventually coming to form a high-density mineral deposit zoned around the vent.

Since black smokers occur in clusters around rifts in the ocean floor, so too do many VMS deposits. The discovery of one target can be followed by the discovery of several more in the surrounding area. (Several such clusters are detailed below).

The distinctive shape of VMS deposits can lead to other economic benefits as well. Open-pit mining generally works well for these properties, and that can be a major draw for investors. After all, open pits are a cost-effective option compared to narrow-vein mining. That’s because bulk-mining methods can be employed effectively in an open pit, and transport of ore and waste rock is on surface as opposed to underground, where mining and development costs are generally much more expensive.

The oldest VMS deposits date to around 3 billion years ago, while new ones are developing even now. They’re also distributed across the globe. In Japan, the Kuroko VMS deposits have delivered significant amounts of lead, copper, zinc, silver and gold. Mexico is also home to several clusters of VMS deposits, likely formed during the Mesozoic era (between 252 and 66 million years ago).

“VMS deposits constitute the most abundant type of Mesozoic ore in Mexico and the vast majority of VMS of Mexico, more than 60 localities, are located in the Guerrero terrane, which covers Guerrero state,” said Shearing.

There are also VMS deposits in the US and even Australia. In fact, there are over 800 known VMS deposits distributed across the globe.

Canada, however, is the country perhaps best recognized for its VMS deposits, containing almost half of those known today. Significant production has been seen across numerous provinces and current exploration is often focused in the country’s northern arctic regions.

Among Canada’s most famous VMS deposits? Look no further than the Noranda district in Quebec. Mention VMS deposits to resource investors and this region is likely one of the first to come up — after all, the region was home to 20 past producers.

The Horne mine, for example, was operational between 1926 and 1976, producing some 2.5 billion pounds of copper and 11.6 million ounces of gold under the management of Noranda. Originally operations were only scheduled to last a few years. However, the discovery of additional targets kept the mine in business for much longer.

And believe it or not, the area might not be mined out. Further exploration of mineralization beneath the Horne mine is currently underway — more on that below.

As a result of successfully producing mines like Horne, the Noranda district is among the most studied and documented regions for VMS deposits.

Further west of the Noranda district lies Flin Flon, home to some of the world’s best-known VMS deposits. Located in Manitoba, Canada, the Flin Flon mines began producing for their operator, Hudbay Minerals (TSX:HBM,NYSE:HBM), all the way back in 1930. Then there’s the Kidd mine, also in Canada. Work there began in the 1960s and its current operator, Glencore (LSE:GLEN), is now mining at 9,600 feet. That makes Kidd the deepest base metals mine below sea level in the world.

Both the Flin Flon and Kidd mines have produced significant quantities of copper and zinc, as well as some silver or gold. The 777 mine at Flin Flon, for example, has average annual copper production of 25,000 tonnes, while Kidd produced some 39,000 tonnes of the metal in 2017.

The numbers climb still higher when it comes to zinc. According to Hudbay Minerals, Flin Flon’s 777 mine produces about 51,000 tonnes of the metal annually. Kidd Operations reported producing over 72,000 tonnes of it in 2017.

However, both mines may soon run their course. Hudbay Minerals projects a remaining mine life of approximately five years for the 777 mine at Flin Flon, while Steve Badenhorst, general manager of Kidd Operations, expects the Kidd mine to close in 2022, according to the Timmins Press.

Potential up and comers in the market

With several of these famous mines projected to close in the near future, investors may also want to consider more junior companies with VMS deposit properties. Among those is Telson Mining, which acquired Campo Morado, an underground mine located in Guerrero state, Mexico, last spring.

“We have over 12 years of measured and indicated resources right now and very good exploration potential that could easily double or triple that,” Shearing told INN. After 3,000 plus diamond drill holes, seven mineralized zones have already been identified in the area.

Foran Mining (TSXV:FOM) is another company with VMS deposits in its project list. The company counts the McIlvenna Bay deposit, for example, among its assets — and that property is located along the famous Paleoproterozoic Flin Flon greenstone belt. In December 2017, Foran Mining announced that it had entered into a technical services agreement with Glencore in order to complete a feasibility study for the McIlvenna Bay project. The results will ultimately lead to a production decision.

Other potential up and comers? Callinex Mines (OTCQX:CLLXF,TSXV:CNX) owns the Point Leamington deposit, located in the famous and historically profitable Buchans mining district. Meanwhile, Falco Resources (OTCMKTS:FPRGF,TSX:FPC) has taken over the Horne mine (a famous past producer) and reported positive results from a 2017 feasibility study. Investors may wish to keep an eye on these too.

Recovering precious metals from VMS deposits does not always prove easy. Nevertheless, sulfide flotation, one of the preferred methods, has improved as a result of improving technology, different reagents and more sensitive monitoring technology.

Companies like Telson Mining are doing additional testing to try and further improve recoveries. “Precious metals within VMS deposits can often tend to be refractory — in other words, [they are] locked up in lattice work of the sulfide minerals,” Shearing explained.

“What we’re doing to increase recoveries in the precious metals is first off testing leaching of the tailings as well as investigating newer technologies such as Glencore Technologies’ Albion process, which has been installed in other VMS mines to successfully recover refractory precious metals, often increasing gold and silver recoveries past 80 percent.”

But the company hasn’t stopped there. “[We] have also installed a preliminary flotation circuit to the mill and are pulling off a lot of the organic carbon material prior to starting to recover the metals, which improves recoveries and decreases reagent consumption,” Shearing told INN. Telson Mining is also considering pyrite flotation as a method for increasing precious metals recovery. The hope is that these steps will increase the recovery rate of precious metals of silver or gold.

With the potential for long-term production, it’s little wonder that VMS deposits have caught the eye of some resource investors. They present an opportunity to buy into both the base and precious metals markets, and although several VMS deposits seem to be approaching the end of their production run, many more are only just advancing to this promising stage.

Select improvements in the recovery process have added to the attraction of these stocks — although, as with most resource investing, they are best suited for investors willing to do plenty of independent research and dive deep into geology. When assets have formed millions of years ago, a cursory survey of the landscape simply doesn’t cut it.

Comments are closed.
×
See our exclusive index of Copper companies on the move
EXPLORE