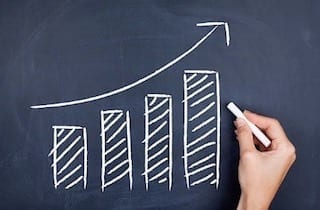 LME copper hit a three-year high of $6,970 per tonne this week due to a surge in speculative buying, but can prices go higher?

Copper prices surged more than 9 percent in August, supported by expectations of higher demand from top consumer China. But will copper prices break the $7,000-per-tonne-mark anytime soon?
On Tuesday (September 5), the red metal came close, with LME copper reaching a three-year high of $6,970. The surge came on the back of increased speculative buying caused by expectations of strong demand, a weaker dollar and supply concerns. On Thursday (September 7), copper prices pulled back, but were still trading near that level.
However, the increase in long positions has left the red metal vulnerable to profit taking. “We may have hit a short-term ceiling and some money is coming off the table,” said Robin Bhar, head of metals research at Societe Generale (EPA:GLE).


Give me my free report!
Many other analysts have also been warning market participants that the current price rally may be “overhyped.” For example, Paul Benjamin, research director at Wood Mackenzie, recently said that from a fundamental perspective, the recent copper price level is hard to justify.
Similarly, Ole Hansen, head of commodity strategy at Saxo Bank, told MarketWatch this week that “there are warning signs.” He continued, “momentum is just too strong and prices don’t look justified right now. Calling a top is difficult, but the rally will fade when we close in on that [$7,250] resistance level and investors start to take profit.”
Copper joins other base metals that have been trading near multi-year highs, including zinc, which touched a decade high last month, and nickel, which rose to a one-year high at the end of August.
Base metals are likely to rise further, according to Commerzbank (OTCMKTS:CRZBY) analyst Daniel Briesemann. That said, he has also issued a warning about copper, noting that prices have detached from supply and demand fundamentals, and a correction could take the red metal below $6,000.
What’s more, there are increasing worries about Chinese demand. In the past few months, upbeat data from the country has supported prices. But analysts are cautious about China’s expected growth rate.
“The property and infrastructure slowdown projected for China next year is expected to see Chinese growth ease from 3.3 percent this year to 2.2 percent next year, and a weakening China macro [data] will undoubtedly put downward pressure on copper prices,” said Macquarie analyst Vivienne Lloyd.
Similarly, Wood Mackenzie forecasts that refined copper demand in China will grow slightly more slowly than last year. “But any ‘hard landing’ for the Chinese economy has thus far been avoided.”

That said, many top copper producers have seen share price increases lately, including Swiss commodities giant Glencore (LSE:GLEN), which is up 9.97 percent since August, and BHP Billiton (NYSE:BHP,ASX:BHP,LSE:BLT), which has risen 5.53 percent since last month.
Whether copper will break $7,000 or not remains to be seen, but prices continue to trade close to that level, keeping optimistic investors on the lookout for further increases. On Thursday, LME copper closed down in London at $6,898.5.
Don’t forget to follow us @INN_Resource for real-time news updates!
Securities Disclosure: I, Priscila Barrera, hold no direct investment interest in any company mentioned in this article.