Copper plunged to a near two-week low Tuesday, as investors worried that the recent rally has been overdone. Benchmark copper for three-month delivery on the London Metal Exchange traded at $7,250 a tonne from $7,425 at the close on Monday. 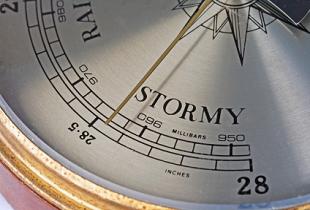 Copper plunged to a near two-week low Tuesday, as investors worried that the recent rally has been overdone.  Benchmark copper for three-month delivery on the London Metal Exchange traded at $7,250 a tonne from $7,425 at the close on Monday. The market extended losses, hitting a session low at $7,223.50, after data showed U.S. non-farm productivity declined for the first time in 1-1/2 years during the second quarter this year. Last week, copper rallied to a three-month peak as the market focused on dwindling reserves and stockpiles, and a probable improvement in the global economy.

Investors will now wait with baited breath for the US Federal Reserve meeting, scheduled to take place later today.  There is a chance that the Fed will print more money to boost America’s economy- which pessimists claim is on the brink of plunging into a double-dip recession. Ahead of the Fed meeting, the dollar rose against major currencies, steering away international investors from the copper market.  Copper was so focused on American data, and the greenback, that ignored the report that  Chinese imports of the red metal, used in power and construction, rose for the first time, month-on-month, since March.

Copper imports rose in China, the world’s largest consumer, as arbitrage traders sought profits by buying the metal in London and selling it in Shanghai. According to China’s customs office, shipments of copper and copper products were up 4.5 percent in July compared to June, touching 342,901 metric tonnes. Buyers have reduced shipments since April as they drained domestic inventories. Meanwhile, copper stockpiles continued their trend of falling inventories- the latest LME data showed that copper stocks shed 2,100 tonnes to 408,375 tonnes, having fallen from 6-1/2 year highs at 555,075 tonnes in mid-February.

India’s only copper miner- Hindustan Copper Ltd, may delay its share sale by at least two months until the government completes the public offer of Coal India Ltd.  In June, India’s cabinet approved stake sales in Coal India and Hindustan Cooper, in efforts for the cash-strapped country to earn some much needed capital. The government needs to raise 400 billion rupees by March 31, in order to update the country’s infrastructure and boost the economy. The government plans a nearly monthly sale of shares in state own companies to raise the funds. Analysts claim that the delay in the share offering at Hindustan Copper will actually increase the value that the government obtains in the offering “The delay will benefit Hindustan Copper as a pick-up in construction and industrial activity post-monsoon will spur demand for the metal,” said Alex K. Mathews, research head at Geojit BNP Paribas Financial Services Ltd. in Kochi, southern India. “The key issue would be the pricing.”  The government will sell a 10 percent stake, leaving it with ownership of 89.9 percent of Hindustan Copper. The sale will be managed by UBS Securities India Pvt., ICICI Securities Ltd., SBI Capital Markets Ltd., Kotak Mahindra Capital Co. and Enam Securities Direct Pvt.

Lumina Copper Corp. (TSX: LCC) is about to initiate a drill program at its 100 percent owned Taca Taca copper, molybdenum, gold deposit located in Salta province, Argentina in early May 2010. The first phase of the program is designed to evaluate the deep targets generated from geophysical survey as well as expand the known zone of higher grade copper mineralization within the existing mineral resource to the northeast. The initial phase of the drill program is expected to last between 4 and 6 months but could be expanded and lengthened based upon early drill results.  The Taca Taca copper/gold/molybdenum project, comprising approximately 2,500 hectares, is located in the Puna region of north western Argentina in Salta Province; approximately 230 kilometers west of the provincial capital of Salta and 90 kilometers east of the worlds largest copper mine, Escondida.  On October 9, 2008, the Company announced it had received an independent National Instrument 43-101 compliant mineral resource estimate for the project that at a 0.4 percent copper equivalent cutoff contained inferred mineral resources of 841 million tonnes grading 0.64 percent copper equivalent, containing 8.71 billion pounds of copper, 2.97 million ounces of gold and 333.70 million pounds of molybdenum.