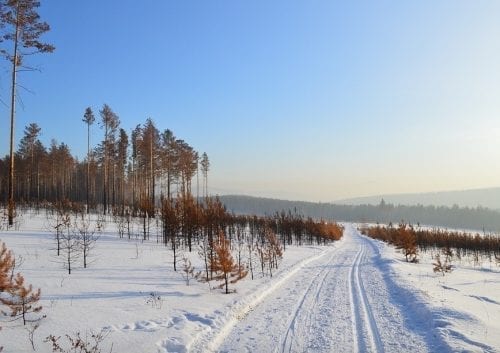 The preliminary economic assessment projects an open-pit mine with production of 16.9 million tonnes over an eight-year mine life.

Azarga Metals (TSXV:AZR) has had its 2016 purchase of the Unkur copper-silver project in Eastern Russia validated by a promising preliminary economic assessment based on initial exploration results, with more exploration on the table.

In a Thursday release (August 30), Azarga’s president and CEO, Dorian L. Nicol, said the company was extremely encouraged that even based only on initial exploration, Unkur was able to demonstrate a positive PEA result.

“Additional exploration is expected to significantly grow the size of the deposit and this will likely continue to enhance the project economics when an updated PEA is prepared,” he added.

The company said that the PEA was an initial option with significant growth potential.

The Unkur project, located in Zabaikalsky in eastern Siberia, was acquired by Azarga in 2016. Extensive exploration started soon after, which to date, has included surface geologic mapping and geochemical sampling, approximately 130 line-kilometers of ground magnetics geophysics, 4,580 meters of diamond drilling (16 drill-holes) and 186 meters of channel sampling from four trenches.

The PEA is based on the inferred mineral resource estimate released in March this year, which reported Azarga was sitting on 62 million tonnes of ore grading 0.53 percent copper and 38.6 grams per tonne of silver, for 328,000 tonnes of copper metal and 76.8 million ounces of silver.

Based on those numbers, today’s PEA projects an open-pit mine with a production of 16.9 million tonnes over an 8-year mine life. The project would process 2 million tonnes of ore per year, including 13,217 tonnes of copper and 3.7 million ounces of silver metal contained in concentrate annually.

Its total copper production would therefore be 105,737 tonnes and 29.63 million ounces of silver over its life.

The average grade of copper over those 8 years would be 0.66 percent, with a copper recovery of 94 percent, while silver’s grade would be 57.9 grams per tonne at the same recovery.

The Unkur project would have a 2-year pre-development timeline in order to achieve the current PEA projections, which the company seems keen on updating with additional exploration in the near future, no doubt polishing the numbers as they stand today.

Azarga also pointed out it would benefit from infrastructure works being conducted in the region for the massive 130,000-tonne per annum Udokan copper project 30 km away from Unkur. Udokan is currently in the engineering phase of development, and is expected to come online beyond 2020.

Editorial Disclosure: Azarga Metals is a client of the Investing News Network. This article is not paid-for content.