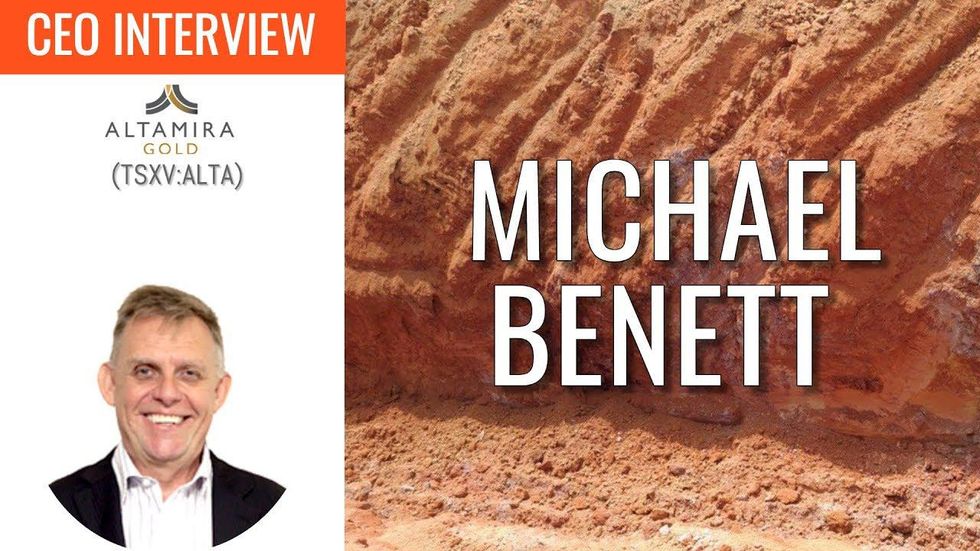 Altamira Gold Corp. (TSXV:ALTA) (FSE: T6UP) (USA: EQTRF), (“Altamira” or the “Company”) is pleased to report that it commenced an exploration program for concealed porphyry copper mineralization throughout the Juruena Belt of Mato Grosso state in eastern Brazil.

Altamira Gold Corp. (TSXV:ALTA) (FSE: T6UP) (USA: EQTRF), (“Altamira” or the “Company”) is pleased to report that it commenced an exploration program for concealed porphyry copper mineralization throughout the Juruena Belt of Mato Grosso state in eastern Brazil. The rationale behind the program is as follows:

During the last four months, several major mining companies, including Anglo American Corp., Nexa Resources S.A. and Vale S.A., have all staked large areas of the Juruena gold belt amounting to approximately 3.5M hectares. This staking rush is unprecedented in Brazil. As a result, Altamira’s concession areas within the belt, which include Cajueiro, Apiacás, Santa Helena and Carlinda are now completely surrounded by third party claims (see attached map or click https://altamiragold.com/altamira_juruena_pr_feb_21_18).

The catalyst for this staking rush appears to be a significant copper discovery at Jaca located in the eastern part of the belt (see map). Jaca was the subject of a University of Campinas research study completed in December 2015 which describes mineralization and alteration consistent with a porphyry Cu-Au deposit. Based on Google Live satellite imagery, it appears that Anglo American currently has 6 drill rigs drilling on the project.

Altamira Gold Holds Over 200,000 Hectares in the Juruena Belt, Brazil

Furthermore, a recent re-interpretation of the detailed aeromagnetic data for the Cajueiro project has revealed the presence of 14 discrete targets with magnetic and/or radiometric responses that may be consistent with concealed porphyry-style mineralization at depth, which could be the driver for the extensive gold mineralization observed on surface at Cajueiro. Ground follow-up work is planned in advance of drilling on these targets.

Michael Bennett, President & CEO stated “the apparent discovery of porphyry copper mineralization at Jaca and the recent staking rush in the Juruena belt by major companies, provides a new and exciting dimension to the overall potential of the Juruena belt. The apparent association of copper with known gold occurrences bodes well for the potential of Altamira’s projects in the region which all produced placer gold. With copper identified at Colíder, Nova Canaa, Apiacás and Firmino, we believe that Altamira is well positioned to play a leading role in ongoing copper exploration in the belt”.

The Company is focused on the exploration and development of gold deposits within western central Brazil. The Company holds 12 projects comprising approximately 200,000 hectares, within the prolific Juruena gold belt which historically produced an estimated 7 to 10Moz of placer gold. The Company’s advanced Cajueiro project has an NI 43-101 resources of 8.64Mt @ 0.78 g/t Au (for 214,000oz) in the Indicated Resource category and 9.53Mt @ 0.66 g/t Au (for 204,000oz) in the Inferred Resource category and an additional 1.37Mt @ 1.61 g/t Au in oxides (for 79,000oz in saprolite) in the Inferred Resource category (Gustavson Associates, 2016).

VIDEO — Joe Mazumdar: Copper is the Commodity of the Decade, Ways to Get Exposure