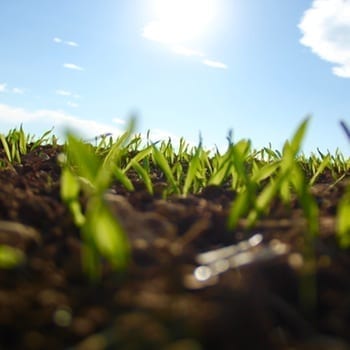 Potash prices have been under pressure as of late, and a supply contract at decade-low prices between India and Belarus hasn’t helped matters. But some say the contract could indicate renewed potash demand.

Potash prices have been under pressure as of late, and earlier this week, some big news in the potash space indicated that trend could continue. Belarusian Potash company has signed a deal with India to supply potash to the country at rock-bottom prices.
According to a report from Reuters, the state-owned Belarus potash producer will sell 700,000 tonnes of potash at $US227 per tonne, cost and freight. That’s the lowest price in a decade, down significantly from $332 per tonne last year.
Reuters also stated that the lower price is expected to become the benchmark for other potash suppliers to India, including Potash Corporation of Saskatchewan (TSX:POT) and the Mosaic Company (NYSE:MOS).


Give me my free report!
News of the lower priced deal came as Germany’s K+S Potash warned that it’s earnings before interests and taxes for the first quarter would be much lower than expected, due to “a significantly lower average selling price in the potash and magnesium products business unit.”
Clearly, lower potash prices are impacting producers. Intrepid Potash (NYSE:IPI) announced that it would idle its West facility this May, while Potash Corp shuttered its operations in Picadilly, New Brunswick in January, after fast-tracking the closure of its Penobsquis potash mine in late 2015.
Still, some say there could be positive news for potash prices on the horizon. According to Bloomberg, the price in the India-Belarus deal beat analyst estimates, and that could mean renewed demand for potash.
“The price is fair and reflects the current situation on the global potash market,” Elena Kudryavets, Belarusian Potash company CEO told the news agency. “[It] will have a positive impact on the entire global potash market in the very near future, will give confidence to all participants, stimulating demand for potash.”
At the very least, RBC Capital Markets analyst Andrew Wong believes the deal will provide support for potash prices. “We think having a contract in place will help the potash market form a bottom for prices, although we see limited potential for upside improvement,” he stated in a note, as cited by Bloomberg.


Potash companies on the rise

Despite low potash prices and pressures on producers, several potash juniors and developers have seen their share price improve year-to-date:

Read our FREE updated outlook report on investing in potash and phosphates!   Get My Free Report
Securities Disclosure: I, Teresa Matich, hold no direct investment interest in any company mentioned in this article.