The share prices of many potash and phosphate producers are battle-scarred this week, as instability in the Middle East and Africa has sent markets on a tailspin. One of the key markets impacted by the turmoil is the grain markets. 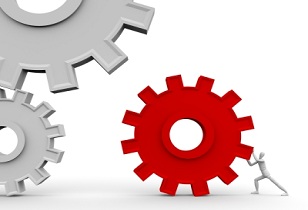 The share prices of many potash and phosphate producers are battle-scarred this week, as instability in the Middle East and Africa has sent markets on a tailspin. One of the key markets impacted by the turmoil is grains. Wheat fell for a third day in its biggest collapse since 2008 while rice fell as traders speculated that riots in North Africa and the Middle East will curb demand from regions buying 32 percent of global shipments. On Tuesday, wheat, rice, corn and soybeans fell by the most allowed by the Chicago Board of Trade as violence escalated in Libya. Last week, speculators cut their bets on higher wheat prices by 20 percent, according to U.S. Commodity Futures Trading Commission data.

Potash, phosphate, and other fertilizer prices are highly dependent on grain prices; as grain prices rise, farmers are more likely to apply these fertilizers to their fields to maximize yields. Corn, wheat and soybean are considered especially fertilizer-intensive. If the instability is enough to push grain prices off their trajectory, this in turn will have consequences for the share prices of potash and phosphate producers.

The stock of potash and phosphate producers have enjoyed a vigorous rally so far this year, however, values have recently retreated over increasing political instability. Shares in Intrepid Potash (NYSE:IPI) closed down just over 2 percent Wednesday, at $35.69, off from their recent 52-week high of $40.22. Potash Corporation of Saskatchewan(NYSE:POT) closed at $172.47, down from their 52-week high of $191.90. CF Industries Holdings, Inc (NYSE:CF) shares managed to close up just under 2 percent at $134.44, however, today’s session was extremely volatile, with shares dropping as low as $123.42.

The Indian government will increase subsidies on fertilizer imports, as a means to cushion farmers from rising fertilizer prices. The decision comes as the country is still reeling from the drought of 2009 that devastated local crops. Indian farmers currently have a new challenge on their hands, and that is coping with rising food inflation. India is the world’s largest buyer of fertilizers.

Fertilizers are key to the nation’s economy, with nearly 60 percent of the population dependent on farming as a livelihood. The government currently reimburses companies for selling fertilizers to farmers below the cost of imports, but it fixes benchmark rates at which companies can import key fertilizers. Over the past few days, Indian fertilizer companies have found it difficult to import, as a rise in the price of natural gas, a key feedstock to produce the farm nutrients, drove international fertilizer rates above the government-fixed benchmark rates.

A senior executive with a state-run fertilizer company said that the increased subsidy is not enough to make a difference, particularly for DAP, which is currently in very short global supply. Global DAP prices are running up to $80 higher per tonne than the benchmark prices proposed by the government, he added.

The acknowledgement of the supply shortfall is good news for fertilizer producers, who are hoping to continue 2010’s bull-run for fertilizer prices. However, in order for this to happen, the price of fertilizers, especially potash, must increase in the international markets- particularly from China and India.

Emerging phosphate developer Minbos Resources (ASX:MNB) has declared a Joint Ore Reserves Committee maiden resource for its Mongo Tando project, in Angola. So far, around 75-million tonnes, grading at 12.6% phosphate, has been defined for the first target area at the Mongo Tando project. According to Minbos, the JORC inferred resource for the first target area confirmed the tonnage expected by the company for the project area, and confirmed the grades, reported widths and other data from historical exploration. “The initial drilling results are very encouraging in that they provide substance to, and validation of, the historical data,” said chairperson Peter Richards. Minbos was hoping to achieve an exploration target of between 333-million tonnes and 533-million tonnes, grading between 10% and 20% phosphate at the Cabinda license area. Additional drilling has also been completed in the Mongo Tando North and Mongo Tando South areas, and it was expected that this drilling could provide further resource increases.

Russian fertilizer producer, Acron, is asking Prime Minister Vladimir Putin, and the local anti-monopoly watchdog, to block the proposed merger between Uralkali and Silvinit. The merger of Silvinit and Uralkali will to create a Russian potash mining giant, second only to Potash Corporation of Saskatchewan in global potash assets. Acron’s president, Ivan Antonov, sent a letter directly to Putin, asking him to stop the current deal.