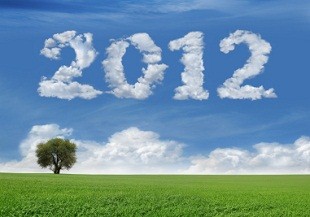 After closing out 2011 on 52-week lows, many are hopeful that 2012 will be a year that potash and phosphate producers can reflect the sector’s strong growth potential. But despite strong long-term fundamentals in the fertilizer sector, the uncertainties hanging over 2012 appear unlikely to offer a quick turn around in the value of potash and phosphate prices or company values.

Contrary to the oft-cited fluid trend of growing emerging market wealth leading to rising food prices, fertilizer demand and investment into potash and phosphate production, a number of factors are stymieing upward equalization in potash and phosphate markets. One of the primary concerns in this process is slowed growth in both the Eurozone and a number of emerging economies (particularly China) who have been driving food and fertilizer demand.

While some of this economic slow down may bring relief to food prices, it appears that may not yet be the case. According to the United Nation’s new Food and Agriculture Organization (FAO) chief Jose Graziano da Silva, “[the FAO is] expecting that [food] prices will not grow and not drop” in 2012, and that “volatility will remain.” While slowing food price growth is certainly welcomed, it is unlikely that consumer incomes can keep up with food price growth over the long run – a key component in supporting strong potash and phosphate prices.

Carl Weinberg, chief economist at High Frequency Economics, recently noted that he believes China’s food prices may have begun to fall off of its year-on-year growth rate of 14.8 percent in July, down to a more modest 7.7 percent into the beginning of 2012. But for this to really make an impact, wages must rise at around the same pace.

In an effort to subvert some of these demand constraints faced in emerging markets, India’s junior fertilizer minister, Srikant Jena, recently told Bloomberg that India may re-introduce state controls on retail prices of some fertilizers after soil nutrient rates almost doubled in the past nine months. While the impact could increase exports from companies like Potash Corp of Saskatchewan (TSX:POT) or Uralkali, it does not seem to be a viable long-term solution for the Indian government to pursue.

As a result, the weak global economic picture, coupled with emerging economies who are proving to be more elastic and responsive to rising food prices than predicted, has created conditions in which growing supplies of fertilizer stocks, in particular phosphate, are unwanted. Already Mosaic Co. (NYSE:MOS), the world’s largest producer of phosphate and second largest of potash, announced earlier this week plans to reduce its production of phosphates by as much as 250,000 tons over the next three months in response to shrinking demand and falling spot prices, the Wall Street Journal reported.

With expanded phosphate production rising over the past year, sufficient phosphate surpluses in Brazil and in Europe mean that it is unlikely we will see much support for current phosphate prices according to a recent report produced by the Dutch economic forecasting firm Rabobank.

As a result, numerous reports have seen market participants exercising caution leading into the spring planting season as buyers have reduced purchases to take advantage of downward trending prices expected in the spring in a number of countries who export into emerging and established markets.

Potash prices too, though better protected by a limited supply base from singular marketers in North America and the former Soviet Union, are not immune to weakening global demand.

Despite the pessimistic projects for the first quarter of 2012, a number of redeeming elements still remain. While high fertilizer prices and waning food demand do present a cost disincentive for buyers looking to increase crop yields, declining global food stockpiles are in need of replenishing. Following numerous floods in the North American breadbasket and droughts in Eastern Europe and Russia, coupled with fast-paced consumption growth demand, a marked increase in grain stocks in particular are required in 2012.

Commenting in June of 2011, Wayne Brownlee, Executive VP and CFO for PotashCorp, noted that in order for diminishing grain supplies to break even with demand in 2011 “…and not have the situation get worse, we need crop production this year in the grain sector of five percent growth”, above the average annual production increase of two percent. These conditions were not met in 2011 and, pending weather conditions, will instead look to be gained in 2012.

This optimism appears likely to be a persistent sentiment throughout the fertilizer markets. With strong global food prices and what could be a political priority in a number of countries worldwide, the long term trend is clear. Mosaic President and Chief Executive Jim Prokopanko echoed this sentiment this week, saying “the current spot prices in this market do not reflect our outlook for the business, nor do we think they are sustainable.”

Disclosure: I, James Wellstead, hold no direct investment interest in any company mentioned in this article.