Predictions may be the black art of investing, but that hasn’t stopped commodity and financial advisors from sharing their thoughts on what 2013 will hold for phosphate markets. 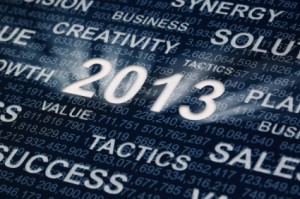 With 2012 now officially over, phosphate market investors are focusing on what 2013 has in store for global agricultural demand and economic growth.

Drought, high crop prices and unsigned Chinese and Indian contracts were dominant themes in 2012 and are expected to continue to play a role in the upcoming 12 months. But beyond the noise of short-term events, expanding food demand from emerging markets is expected to drive phosphate demand in the coming years.

US farmers are again expected to plant large crops and thus will require equally large amounts of phosphate fertilizers.

Citing recent US Department of Agriculture estimates, Morningstar analysts noted that total farm income accrued over 2012 will likely end up near 2011 levels. High farm incomes at the beginning of 2012 enabled record US sowings of corn and soybeans this year and could lead to similar levels of planting in 2013.

“We think growers will have ample resources to purchase crop inputs for the 2013 growing season. Further, we’re expecting another big number of planted acres in the U.S., as farmers look to take advantage of high crop prices,” the outlook article states.

Fertilizer costs currently make up a significant proportion of production costs for key industrial crops, including corn, soybeans and wheat. Higher crop prices should enable farmers to justify both crop expansion and the application of increased amounts of fertilizer.

However, rising crop prices are a product of higher production costs, meaning that the cost of fertilizers, transportation and seeds will be important costs to control.

Corn & Soybean Digest’s Kevin Thiesse recently pegged breakeven costs for corn at US$5/bushel or higher and $12/bushel for soybeans, higher than in 2011 and 2012. As a result, farmers will “need to look for ways to control crop expenses for 2013.”

On the supply side of the ledger, Credit Suisse (NYSE:CS) holds phosphate as the most promising fertilizer for 2013 from the perspective of producers, according to an Agrimoney article. Noting the falling costs of raw material, such as phosphoric acid and sulphur, Credit Suisse believes that phosphate producers will be able to control important production costs.

Phosphate rock and phosphate fertilizer production will also witness a number of changes in 2013. Morocco, which currently possesses about 85 percent of global phosphate reserves, is expected to continue to grow its importance in the industry.

In particular, the closure of Agrium’s (NYSE:AGU) Kapuskasing phosphate rock mine in 2013 will result in more phosphate rock being imported from Morocco.

Saudi Arabia’s Ma’aden will also develop its significant resources, and in doing so will help shift Middle Eastern and North African resources to the center of global agricultural markets.

Most important during the next year will be the overall health of the global economy. If global economic growth remains slow in 2013, much of the agricultural demand that is anticipated — and would drive phosphate use — will fail to materialize.

The Organization for Economic Co-operation and Development has projected that compared to 2012 level’s, economic growth levels for 2013 will be flat for developed economies, with the United States and Germany slowing slightly.

Global growth will continue to be driven by developing and emerging economies, and is forecast to grow 5.1 percent — up from 2012’s 4.6 percent — a United Nations global growth forecast projects.

In recent months, phosphate trade has been slow, with buying soft in most major markets. Prices “[remain] under pressure as producers long on product search for buyers,” Credit Suisse reported.

Another important factor to consider throughout 2013 will be weather. After record droughts plundered plantings in the US, Brazil, Russia and Europe, Mother Nature will continue to keep investors guessing throughout the coming year.

The Future of Phosphate is in Morocco