Recently, Mesa Exploration’s prospecting permit for the Utah-based Bounty potash project was rejected by the Bureau of Land Management. Potash Investing News spoke to the bureau to find out why. 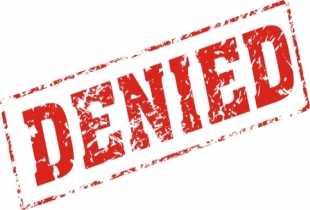 Utah is no stranger to potash mining. As one of the few potash-producing states in the United States, Utah plays host to both producers and exploration companies, including Intrepid Potash (NYSE:IPI), EPM Mining Ventures (TSXV:EPK), Potash Ridge (TSX:PRK), Potash Minerals (ASX:TRH) and Mesa Exploration (TSXV:MSA).

But while the case for potash development is strong — after all, the story centers on growing demand and food security — it seems those fundamentals are not always enough to cut through bureaucratic red tape. Recently, that red tape was given some exercise when the Bureau of Land Management (BLM) rejected the prospecting permit for further exploration at Mesa Exploration’s Bounty potash project. The reason? The historic California Trail intersects Bounty.

Mesa Exploration is looking to develop a potash mine on a dried lakebed know as the Pilot Valley play. The project saw some exploration work in the late 1960s, when Quintana Petroleum drilled some 35 auger holes resulting in the definition of 5.1 million tons of potash. The results, of course, are not NI 43-101 compliant.

In late July 2012, Mesa updated investors on the progress of the project’s permits, explaining that “[a]s part of the permitting process the BLM is now reviewing historic geologic and hydrologic investigations done at the site. Mesa has provided all available historic reports and two internally generated reports to facilitate and expedite this process. Mesa’s proposed exploration plan will be evaluated by the BLM for environmental impacts and once approved the program will commence. Because the area is a lifeless, barren salt flat there are no anticipated environmental or permitting issues. Drilling should begin in the next few weeks.”

What investors may not be privy to is the fact that in October of that same year, Mesa Exploration received notice from the BLM regarding the project. The BLM concluded that Bounty is bisected by a “high potential route segment,” and, as a matter of public interest and keeping in line with the BLM’s Resource Management Plan (RMP), the permit was rejected.

When looking at the reasons the BLM rejected Mesa’s permits, another question came up: why weren’t investors made aware that Mesa had received a rejection from the BLM in the first place?

According to Foster Wilson, CEO of Mesa, when the BLM first rejected the proposal, the company was optimistic that it could fix the problem without too much hassle.

“I didn’t make the announcement [in 2012] because we had indications from people we had lobbied with — at both federal and state levels — that we might be able to get that denial dismissed,” he told Potash Investing News (PIN). Wilson also noted that the company put together a 15-page settlement proposal to clarify the company’s plans and objectives.

Unfortunately, that proposal was rejected and the company disclosed the issues in June 2014.

Where is Mesa now?

A June 11, 2014 update on the project makes it clear that Mesa isn’t giving up on Bounty. In response to the BLM’s rejection, Mesa has appealed the decision to the Interior Board of Land Appeals, which could take anywhere from one to two years.

Commenting on the BLM’s ruling to PIN, Wilson called it a “total metaphysical economic disaster for the company.”

“Essentially what we’ve got here is a decision that was made by the BLM that confounds their own policy,” Wilson said, adding that the BLM is “supposed to be an agency that is all about multiple use. Their mandate from Congress is to find the best use for any given area of land for the benefit of the most people.”

Like Wilson mentions, the BLM does, in fact, have a multiple use mission. However, as West Desert District Manager Kevin Oliver told PIN, resource development is indeed “part of our multiple use mission, but that doesn’t mean every use on every acre.”

The BLM’s RMP provides it with “land use allocations” and guides it on “what uses are appropriate on what acres.” Unfortunately, the RMP is from the early 1990s, and new rules from Congress on how best to deal with National Historic Trails have forced the BLM to reconsider its action plan — that ultimately resulted in the multiple rejections.

As land applications to the BLM are generally handled on a case-by-case basis, the ruling on Mesa’s Bounty project does not reflect the BLM’s stance on mining at all. In fact, just 15 miles south of Bounty, Intrepid Potash is working on the development of its Wendover project. Oliver explained, “thousands of BLM acres are part of the Intrepid potash mine and we receive royalties from that operation.”

One of the issues impacting the BLM’s decision on Mesa’s proposal is an undefined procedure for dealing with National Historical Trails. “The RMP does not efficiently address the congressionally designated trails, and it does not provide direction on how to manage the trail,” Oliver told PIN, adding that moving forward, the BLM “needs to go through a very thorough open public process for that trail management.”

So while the BLM did initially reject Mesa’s proposal, that does not mean that at some point in the future, the governing body won’t have an adequate solution for the permit application for Bounty. Unfortunately for Mesa, Oliver stated that the BLM has no specific timeline on when the company will get an answer.

That said, the case for potash does not hinges on the short-term outlook. Instead, with plenty of mines currently in production, the case for potash becomes one that is longer term. While that may not be a good enough answer for Mesa or its investors today, perhaps in time the BLM’s decision will change.