Macquarie Group expects no upside for potash prices in the next four years. Specifically, it sees prices dropping to an average of $270 per tonne in the last quarter of this year, down from the current price of $305, and suggests that prices will average $250 by 2018. 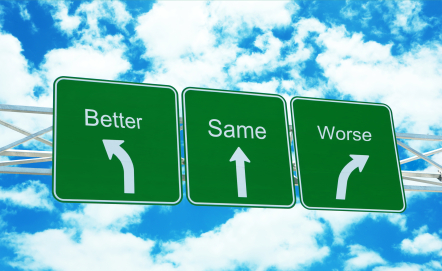 While there’s no doubt the potash market has seen some tough times in recent months, what with the price war happening in Eastern Europe and the delay in contracts being signed by both China and India, recent price predictions from Macquarie Group seem a little harsh.

The firm, whose outlook is detailed in a recent Agrimoney article, expects no upside for potash prices in the next four years. Specifically, it sees prices dropping to an average of $270 per tonne in the last quarter of this year, down from the current price of $305, and suggests that prices will average $250 by 2018.

Sidney Himmel, president and CEO of IC Potash (TSX:ICP), isn’t particularly bothered about Macquarie’s predictions, likely because his company is primarily focused on sulfate of potash (SOP) and the forecast is directed towards muriate of potash (MOP).

Mike Ferguson, president and CEO of Gensource Potash (TSXV:GSP), also weighed in, commenting, “they are overblowing things a little bit, but on the other hand, they are right about a lot of things they are saying. It’s the way we have been viewing the market for awhile.”

Macquarie’s estimates are dire in part because it believes potash demand will drop this year by 7.1 percent, to 54.35 million tonnes.

Commenting on that point, Richard Kelertas, senior vice president of corporate development at Allana Potash (TSX:AAA), said he that he doesn’t think analysts have taken Africa’s potential demand growth into consideration. “We expect that yields from Africa are going to increase dramatically. The agricultural output is starting to improve dramatically with more farmer education, better transportation and infrastructure,” Kelertas said.

His company is doing its best to make that happen via the recently launched “Potash for Growth” program in Ethiopia, which it initiated together with ICL (NYSE:ICL).

Kelertas added, “my estimate is that if all the infrastructure was in place, they could use 5 to 6 million tonnes today. And while we know there are tons of issues preventing that, I think you’re going to see anywhere from 5 to 7 million tonnes of new growth and demand.”

Encouragingly, the country seems to be thinking along the same lines. The African Union named 2014 its Year of Agriculture and Food Security, and reportedly called for an increase in fertilizer use from the average 8 kilograms per hectare in 2006 to at least 50 kilograms per hectare by this year.

Macquarie also noted that weakness in the currencies of major producing countries like Russia is softening the value of the fertilizer, noting, “with key producer currencies falling, we feel pricing may have to move towards $250 a tonne on a spot basis to see any meaningful, sustained supply reaction.”

Kelertas said that while he agrees with the general projection that the prices are going down, he thinks $250 is a little steep.

“We basically understand that we can project that prices are going to head down, but things can change, and I think a fly in the ointment possibly could be the supply and demand in Africa,” Kelertas said. He also said that prices have held up fairly well in places like the Middle East and Turkey.

“Unless you are a low-cost producer, you are going to feel the effects of the price decrease, and it’s going to be hard for new projects to get off the ground,” he added.

Larger companies have managed to dodge that bullet so far. For example, Potash Corporation of Saskatchewan’s (TSX:POT,NYSE:POT) 2014 Q4 results show that both its revenue and profit exceeded analyst expectations. The company reported earnings of $0.49 per share compared to $0.26 on year. PotashCorp declined to comment on the Macquarie forecast.

Big contracts yet to be signed

Looking at the fact that major contracts have yet to be signed by both China and India, Macquarie said “there is a growing likelihood that the system of annual contracts between potash exporters and China and India, which set prices for other buyers, will collapse, noting the apparent impasse in current talks between negotiators from China and the major importing countries.”

But Kelertas said that the contracts will have to be signed as both countries need potash. He said he’s seen them signed as late as April in the past, adding that the Chinese are likely waiting for a better price and noting that there is no doubt the breakup of the Russia potash cartel has played a part in the delay.

Ferguson also said the delay in decision making on China’s part is somewhat normal, as it’s not the first time it’s happened and it “never really did change things in the past.” That said, he commented, “in play with the other influences in the potash space, it does make you wonder if the ground if not starting to shift on us.”

As mentioned, besides not taking prospective developments in certain parts of the world into consideration, Macquarie also based its projections on MOP, not SOP. And while MOP is the most common potassium source used in agriculture, accounting for about 95 percent of potash fertilizers used worldwide, SOP is a very effective fertilizer that works particularly well for crops that are sensitive to chloride or fertilizer burns, such as tobacco and certain fruits.

Returning to that point, Himmel said that the average price of SOP is somewhere around $600 per metric ton or possibly higher, and there is an unmet demand for it right now. “There is an amazing shortage of SOP, we get calls about it all the time, which I cannot accommodate because we aren’t in production yet.”

There is thus perhaps some upside in that arena, and all in all it seems like at least some players in the potash space aren’t overly bothered by Macquarie’s outlook. It will certainly be interesting to see how the future pans out.